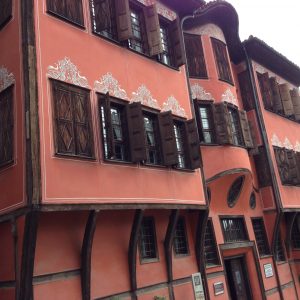 Bulgarian Unification Day commemorates the unification of Eastern Rumelia (Southern Bulgaria) and Bulgaria in 1885. Bulgaria was never pleased with the terms of the 1878 Treaty of Berlin, when they lost parts of southern Bulgaria to the Ottoman Empire. Bulgarians gave up hopes for Macedonia and the rest of Thrace and concentrated on regaining East Roumelia. In 1885, a group of former revolutionaries organized in Plovdiv (the capital of Eastern Roumelia) and on 6 September the palace in Plovdiv was surrounded. Prince Alexander prepared for war with the Ottoman Empire and agreed to become the leader of a Unified Bulgaria. Bulgaria successfully defended its interests on the battlefield in the Serbo-Bulgarian War. Thus, today we celebrate Unification Day.    END_OF_DOCUMENT_TOKEN_TO_BE_REPLACED
By Pat, 6 yearsSeptember 8, 2016 ago