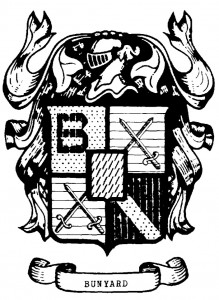 It is not certain the parentage of James Beal Bunyard. It is known there was a James Bunyard family living in East End, London since before  1678. This family baptized their infants, James and Jane, at St. Botolph, Bishopsgate, London. There is another Bunyard family who marries at All Saints Church in Maidstone, Kent County, some 22 miles southeast of London. Are these two lines connected? It is not proven that James Beal is a member of either of these Bunyard families.

On the 14th of September, in the year of 1763, I first meet James Beal Bunyard, soon to become one of His Majesty’s Seven-Year Passengers. James Bunyard has been indicted for stealing one man’s hat, a value of 10 s. and 10 s. in money, the property of Edward Jones, on September 1. He is approximately 20 years old and single. John Smith was called up and deposed that he had brought him up from six or seven months old till he was fit to go apprentice; that he was then an apprentice to Francis Stedman, in Clerkenwell; and that he never heard any ill of him in his life. James Beal was found guilty of a felony and on 22 February 1764 received the sentence of transportation.

James Beal Bunyard with other felons-convicts walked from Newgate to Black-fryars, and thence into a close lighter to board the Tryal. Under the command of Capt. W. McGachin, the ship transported 166 passengers in total, including 75 convicts from London, Middlesex and Surrey. The Tryal sailed in March 1764 to the colonies in the west. The trip would take approximately two months and not all convicts would survive the voyage. Because most convicts arrived in Baltimore, Maryland or Hampton Roads on the James River in Virginia, it will be assumed this was the fate for James Beal, also.

James Beal Bunyard resurfaces in July 1774 with a wife and living in Surry County, NC. It is months before the Revolutionary War divides Loyalists and colonists during the years 1775-1783. It is here that I will take up the story of my Bunyard ancestral line in America. 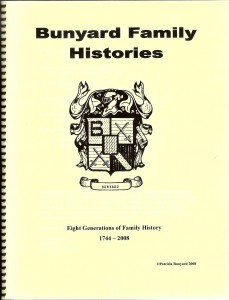 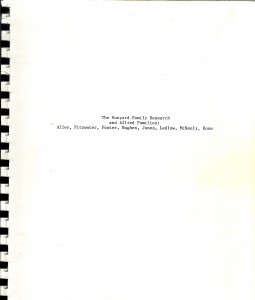 The Lauderdale County Department of Archives & History has the complete 1995 edition of Bunyard Family Research online. Follow the link to: kithandkinofthesouth.org.