DATES:  Samuel B. Bunyard was born 15 October 1792 in Wilkes County, North Carolina. He was the youngest son of James Beal Bunyard. Samuel died in 28 March 1871 at the age of 78 in Crawford County, Missouri. He is buried in the Bunyard Cemetery on Cherry Valley Road about one mile north of Westover. This cemetery was originally on Samuel’s land. Even though the locals refer to it as the “Old Bunyard Cemetery,” it is now posted as the Kehner Cemetery.

MARRIAGE:  Samuel married Sarah Elizabeth Holt on 16 April 1819 in Adair County, Kentucky. Elizabeth was born ca. 1805 and is the daughter of Berryman Holt and Burchette Lundy Green. Elizabeth died in 12 Sept 1876 and is buried in the Bunyard Cemetery.

HISTORY: Samuel was 24 when his father died in 1817 and just establishing himself in what was by 1799 part of Ashe County, North Carolina. Samuel lived in his father’s household until at least after the Census of 1810 but is not listed in the Census of 1820. According to the Tax Lists of 1815, Samuel has 227 acres of land in the same District as his father and brothers. But according to the their father’s Will, most all the land has gone to Hannah and then was to be divided between the sisters, Nancy and Betsy. Even though Samuel was given 150 acres on Old Field Creek, and even though in Oct 1822 Samuel sells 150 acres of land witnessed by his brother Larkin, he probably is not present for these transactions. Instead, like most pioneers of his time, he was on the trail west.

Samuel chose to settle for the first time approximately 100 miles west of the Gap in Adair County, Kentucky situated along the Cumberland and Great Lakes Trail. He is not alone in coming to this area. By 1820, the population had grown from 150 in 1775 to over 564,000. Many of these new settlers were from North Carolina and over 56% were of English descent. Here, Samuel meets Elizabeth Holt, daughter of Berryman and Burchette Holt. Their sons James B. and William are born here. 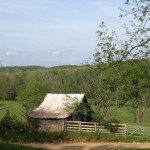 Samuel, fitting the pioneer profile, moved on. In the Federal Census in 1830, Samuel and his family are 350+ miles west. Following natural migration routes, he has moved across Kentucky  to ford the Missouri River to arrive in Washington County, Missouri. Samuel settled in the very southwest section of Harmony Township in Washington Co. According to the Census of 1830, Samuel and Elizabeth’s family has grown. There is Samuel who would be 37, and Elizabeth who is 20-30 in the census. They have living with them 2 males ages 5-10, a male age 10-16, plus 2 females under 5. For the 1840 Census, Samuel and Elizabeth are in Courtois Twp. Crawford Co. MO. It would appear they have moved a short distance west. However, it is not Samuel who has moved but the county lines when Crawford Co. was formed 23 January 1829. His family includes Samuel and Elizabeth and 7 children. Also, this census indicates there is an additional 20-30 year-old male and 5-10 year-old male living with them. It is unknown who this would be. The census states that there are four family members employed in agriculture. There are no slaves. 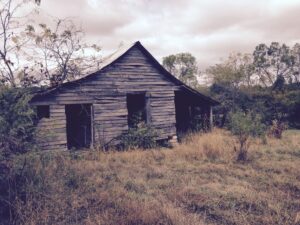 Samuel’s home and farm can be found about 1 mile north of Westover. Land records indicate that he purchased his first 80 acres on Dry Creek along Cherry Valley Rd in 1833. Cherry Valley is a lush, forested area named for the large number of wild cherry trees in the area. Under the Federal Legislative Act of 1820, land could be purchased for $1.25 an acre. In 1837, Samuel purchased 40 additional acres to add to his farm on Cherry Valley Rd. and in 1840 he purchased an additional 120 acres about 1 ½ miles north. From 1856-1859 Samuel bought another 480 acres, increasing his Cherry Valley farm to 600 acres. This was good grazing land with Dry Creek running through both properties. Like many farmers in the area, Samuel may have planted hay, wheat, and apple trees and raised hogs, sheep or cattle. Samuel remains on his Cherry Valley Farm for the remainder of his life. The Bunyard Cemetery where he, his wife and other members of his family are buried is within sight of the home.

CHILDREN of Samuel B. Bunyard and Elizabeth Sarah Holt: 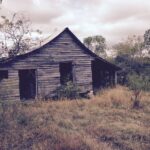 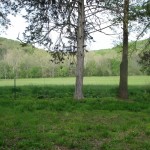 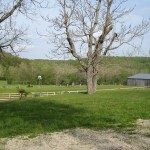 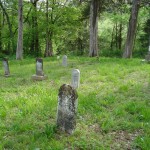 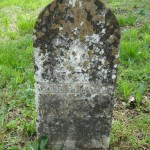 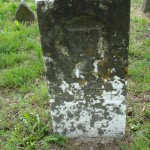 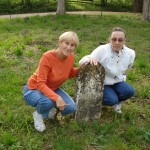 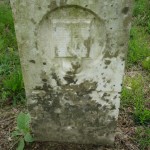 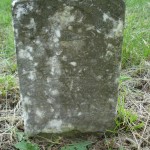 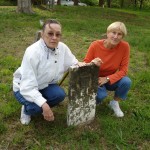 hi I have a visiting card in my possetion from an Ernest W. Bunyard from Mistral Kloof Natal South Africa, I Just wondered if he was any relation of your famerly (quite an unusual name )I think the card is from the turn of the last century (round about 1900) would love to know something about him as I have his card case to!!!

I have a copy of James Beal Bunyard’s last will and testament from Ashe County, N.C. I live in Vandalia, Il.