I celebrate traveling my 23rd time zone of the world as I cross the Atlantic abyss, home of strange and grotesque creatures from the giant squid to the coelacanth fish. The Atlantic hagfish lives at 4000′; it ties itself into a knot and passes the knot down its eel length in order to wipe slime off its body. On ship, life can be as alien. But that is a subject for a later blog.

The Republic of Senegal is in western Africa and owes its name to the river that borders to the East and North. Senegal almost completely surrounds Gambia and covers a land area of almost 76,000 mi², about the size of Nebraska. Its estimated population is about 14 million. The climate is tropical with two seasons: dry and rainy. In the Senegambia region, between 1300 and 1900, close to one-third of the population was enslaved. Various European powers—Portugal, the Netherlands, and Great Britain—competed for trade in the area bit in 1677, France ended up in possession of what had become a minor slave trade departure point—the island of Gorée, used as a base to purchase slaves from the warring chiefdoms. Senegal gained its independence from France in 1960.

Senegal has a wide variety of ethnic groups and, as in most West African countries, several languages are spoken. French is the official language, used by Senegalese educated in a system styled upon the colonial-era schools of French origin (Koranic schools are even more popular, but Arabic is not widely spoken outside of this context). Sufi Islam is the predominant religion, practiced by approximately 90% of the country’s population.

We dock at a commercial port, containers everywhere. It’s busy and affords little skyline. Not much is developed for tourism here but Senegal is working hard to attract visitors. We met our tour with Ndéné Sarr of AfricAssistance just outside our ship (mailto:info@africassistance.com). I was pleased working with Ndéné and owner Jerome Ndour. Efficient and cordial, booking and arranging a tour via email worked well. We have a wonderful air-conditioned bus and the guide’s English is very good. I received a kind email from the owner after our tour thanking us for our trust and business. Perhaps I should send this to the Moroccan Tourism Dept.

Our guide began by taking us thru the city of Dakar, pointing out highlights along the drive. Dakar is a nice city, fairly clean and modern, with friendly people and lots of traffic. We drove about town to the President’s Palace, Grand Mosque, monuments here and there, and markets everywhere. It has become the running joke of the group that we are taken to a Mosque only when closed. Actually it is not allowed to tour most working Mosques so we should not feel slighted that one, well most, mosques are closed to us. Tourists with cameras, shoes, and immodest attire are just not welcome inside.

Next we sail the public ferry for the 10-minute ride to Gorée Island where a local guide provided a wonderful explanation of the history of the Slave House and slave trade in Senegambia. I roamed the rooms where men, women, young virgins and children were housed. All human cargo was separated according to the worth of the merchandise. That conditions were inhumane is no surprise. But the red walls and other muted colors are a paradox, as are the comfortable second floor rooms used by traders. I wonder how they could sleep at night above all the misery and stench below them.

Gate of No Return

Gate of No Return is a single door cut into solid rock and leading to what were a pier and the ships taking these people to another continent and away from their homes forever, if they were lucky to survive the trip. Conditions never improved until the captive reached a final destination. Possibly life improved once he or she reached the Americas.

After the return ferry, we drove to the opposite side of the peninsula into a wealthier beach district of embassies and private homes. It’s much prettier and gives an alternate view of Dakar. We lunch on delicious fish and salad at a seaside restaurant. Bathrooms are clean, squat or American style, which men and women share. 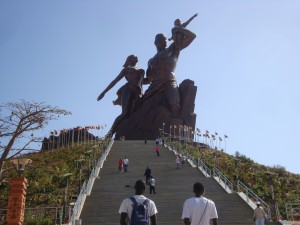 Returning to town, we stop to photograph the huge bronze African Renaissance Monument – man, woman and child facing the sea and their destiny. We stop to visit the rather simple Dakar Cathedral. This church we do enter; our guide even suggests 30 minutes time for us to pray. Now what is he suggesting for us infidels?

We return to our ship in plenty of time to prepare our libation and attend the National Ballet La Linguere, an exotic title for some pretty exuberant drumming, dancing, and acrobatics. It has the feel of the voodoo/Animist religion; we will more and more be exposed to this along the west coast. These 30 minutes of gyrations would kill a normal person.

The 6 pm sunset is beautiful and temperatures are warm while in port. Once the ship departs, the cool breeze comes up as we leave Senegal behind.

The ship has lost reliable satellite coverage along this isolated coast of Africa. IPod withdrawal for me but I catch up on my reading and writing. However, I have cell phone coverage almost everywhere, something I do not have at my own house in Cambria. We have acquired five new passengers, Israeli security well armed and alert for pirates. The high-pressure water hoses are along the ship’s decks and extra watch assigned at night.  The joys of modern shipboard travel. 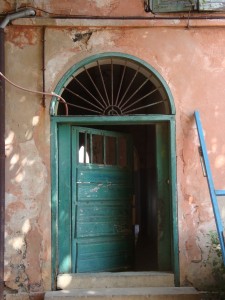 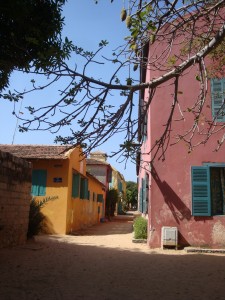 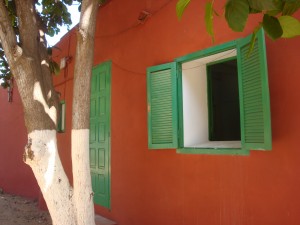