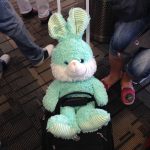 TSA and teens: “Put the bunny on the belt!”

The challenge: taking two teens, Mikaela 13 and Gabrielle 17, to California and planning excursions they will enjoy. It is a big challenge. What will they think is fun? Where to eat? Mikaela has not traveled to Italy and Spain like her big sister, so will their impressions be influenced by that? There is a big generation gap, as what I think might be fun may not be what a teenager wants to do. But, I have been there and done that with my past foreign exchange daughters, so I might pull this off. Let’s go. END_OF_DOCUMENT_TOKEN_TO_BE_REPLACED
By Pat, 7 yearsJuly 14, 2016 ago

By Gabrielle Bremer – Through the Lens Photography Sorry, I haven’t posted a lot in the past month. I’m now caught up on school and the school year is coming to an end. I promise I will keep posting more Spain pictures. In the next few week I will be Read more…

España – Gabrielle and Pat Wrapping It Up 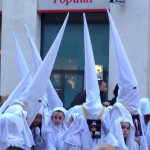 Beginning 35,000 BC, Celtic, Phoenician, and Romans landed in their turn, by fifth century A.D. Vandals arrived from North Germany, Visigoths from Eastern Europe, and then the Moors out of Northern Africa. A millennium ago local kingdoms arose with El Cid, and by 1469 Isabel and Fernando, the Catholic Kings, ran out the last Moors, reestablish Christianity and established the Inquisition the same year they dispatched Christopher Columbus westward. Isabel’s grandson was the Habsburg Carlos I/Carlos V who became the Holy Roman Emperor in 1519. The Crown passed from the Austrian Habsburgs to the French Bourbons in 1700. Napoleon invaded in 1808. Thus began 167 years of Civil Wars to drive out either the French, the Bourbon monarchy, the Habsburg monarchy, the Carlist, the separatist, the church. In 1936 all Hell broke loose with the Mother of all Civil Wars. Enter the meddling and manipulations of the Falangists, Communists, Nazis, and extreme Nationalist. Enter and exit The Caudillo, Franco.

Today, Franco’s hagiographers are gone, there remain strong separatist feelings, Catholicism is strong, Spain is still struggling to compete economically in the EU world, but its culture is rich. Having travelled two weeks and 1850 miles through provinces of Madrid, Andalusia, Valencian, Catalonia, Aragón, and Castile y León, there is much to love about España.

END_OF_DOCUMENT_TOKEN_TO_BE_REPLACED

The Monkeys of Gibraltar

By Gabrielle Bremer – Through the Lens Photography The monkeys of Gibraltar had to be the cutest things ever! While on the coast of Spain we had to make a trip to Gibraltar. Gibraltar is a U.K. colony that is a peninsula off of the Spanish coast. There is a Read more…

A Day in Toledo España 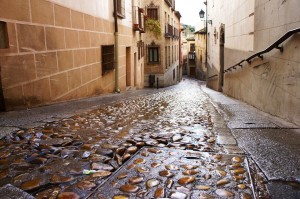 Public transportation is stunning in Europe. Everything is fast, clean, and comfortable. It was only a 40-minute train ride to Toledo from Madrid. From the station, we walked into town. Up the huge hill, we sorta climbed, thank God for END_OF_DOCUMENT_TOKEN_TO_BE_REPLACED

Our “driver” brought Little Polo around and points us in the right direction to exit Segovia. We almost drove to the hotel but those sharp turns, driving left to get right, one ways, and narrow streets that look like an alley waiting to rip a mirror off, cause the bravest driver to just park the damn car, walk to the hotel and get a driver to maneuver the maze and park the car. Leaving town seems so much more direct. We are off in light rain and drive the short distance into the Sierra de Guadarrama to The Valley of the Fallen.  END_OF_DOCUMENT_TOKEN_TO_BE_REPLACED

By Gabrielle Bremer – Through the Lens Photography After two plane rides and a thirty hour Monday, it’s good to be home. This is the first chance I’ve had to sit at my computer and edit photos in over two weeks. Over the next few days, I will be sharing with Read more…