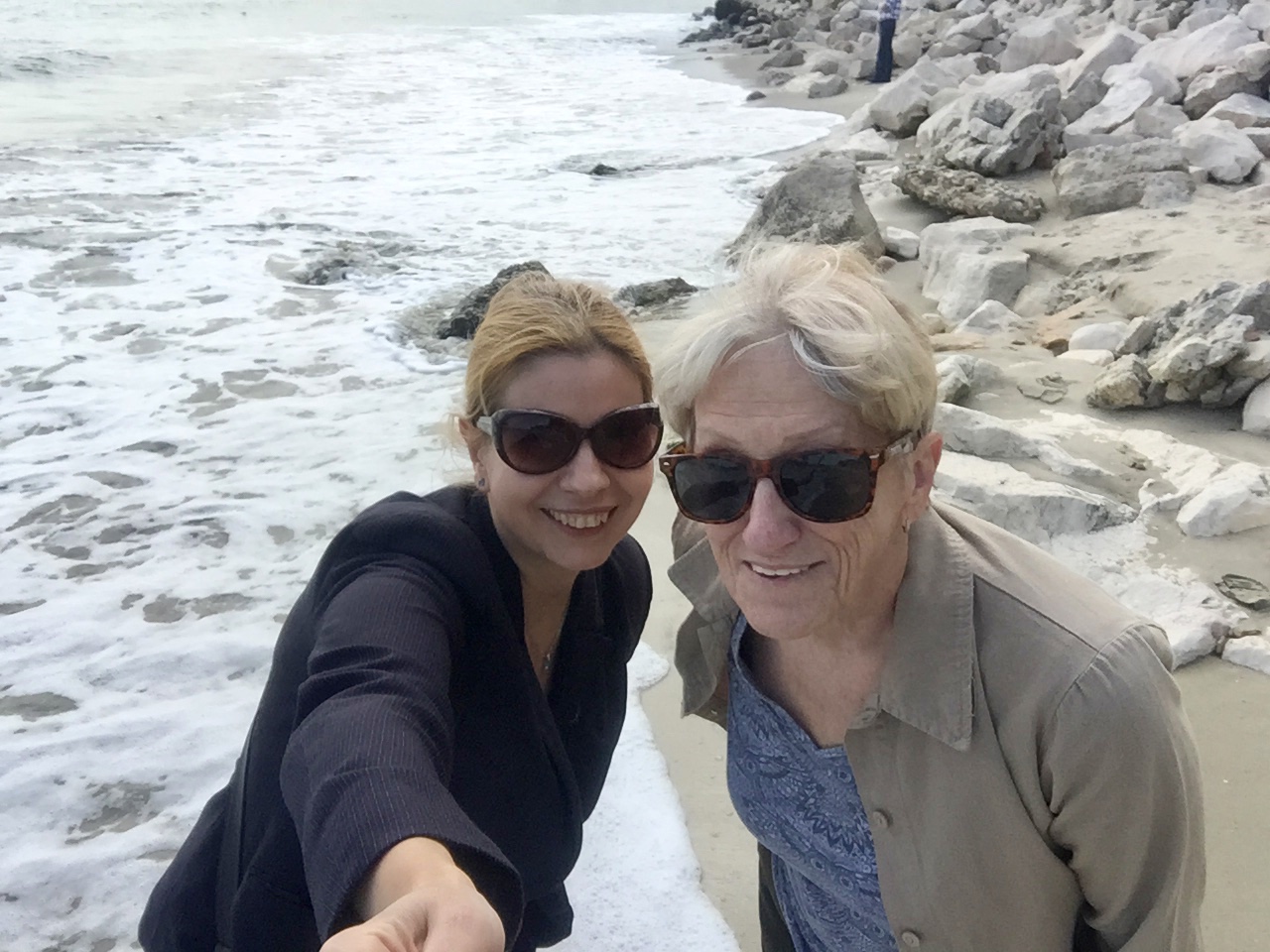 What is special about Varna? For one, it’s ancient history.

Chalcolithic, a Greek term for copper or the Copper Age, describes a prehistoric age before Man learned that mixing copper with tin created a stronger metal, bronze. This discovery came to metalworkers in this part of Europe during the late 5th century BC. The Varna Necropolis, unearthed in 1972, is a burial site considered one of the most important archaeological sites in world prehistory. So far, 294 graves have been discovered along with the oldest gold artifacts in the world, dating from 4,600 BC to 4,200 BC. Also, around Varna are springs, caves, and over 30 other prehistoric settlements and artifacts dating into the Middle Paleolithic Age, some 100,000 years ago. 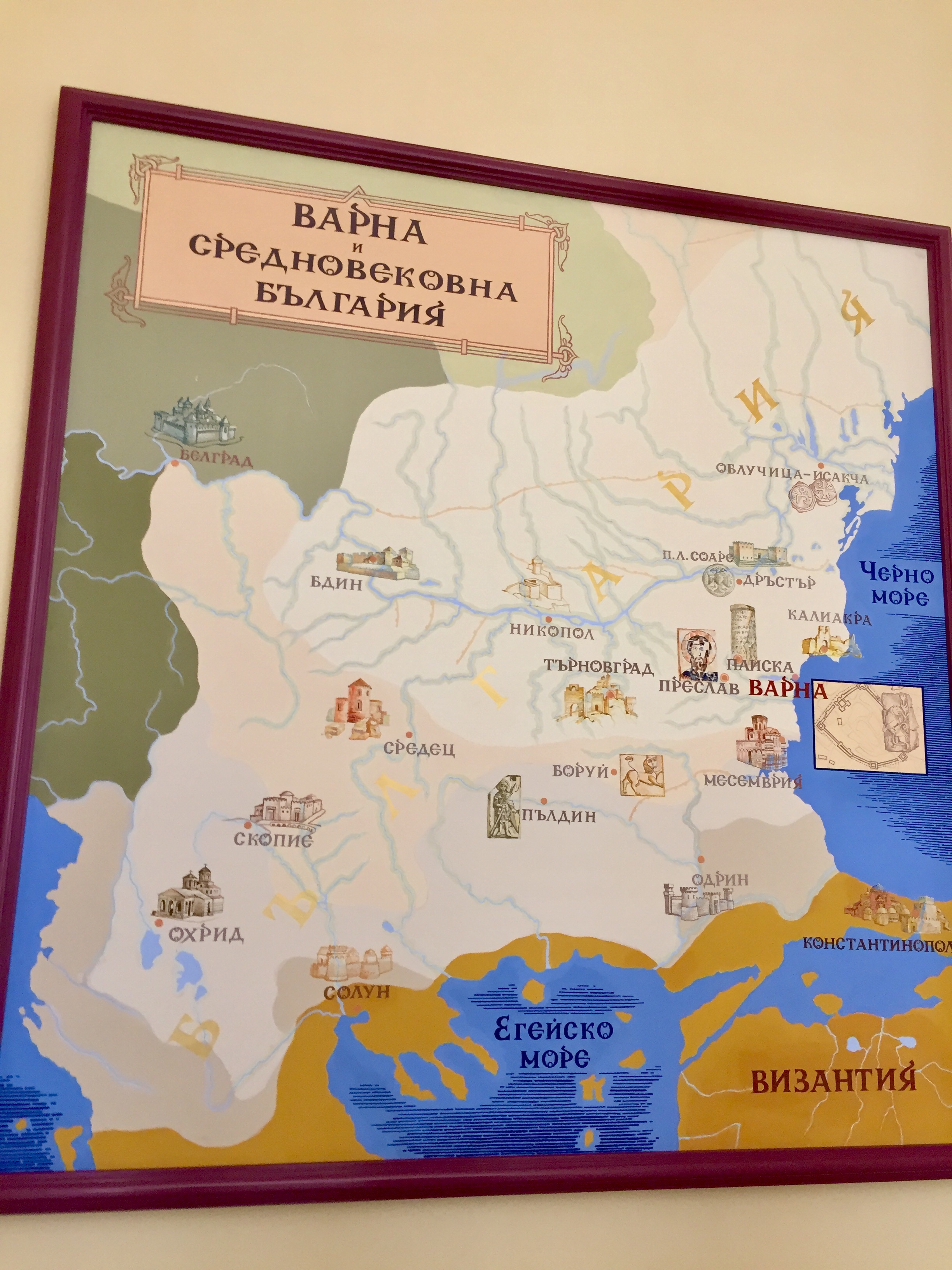 However, the Thracians came long before the Byzantines and Greeks and inhabited this port as early as the Bronze Age (13th–12th century BC). Archaeological findings of ceramic pottery, bronze ornaments and iron weapons have all been found in Thracian necropolises dated 6th–4th century BC. By 2nd–1st centuries BC, Thracians had adopted the more elaborated Hellenistic culture but continued to honor their highest deity of all – the Thracian horseman.

During 6th–4th centuries BC, this region was also populated with Scythians, Eurasian nomads who inhabited large areas of the western and central Eurasian Steppe from Bulgaria to Mongolia. They were among the earliest peoples to master mounted warfare and developed a rich culture of fine metalwork, art, and lavish tombs. Archaeological sites frequently discover a mixture of both Thracians and Scythians in this region of northeastern Thrace.

Then, between 336–280 BC, these Thracian settlements along with Varna/Odessos, were conquered by Alexander the Great.

Not to be left out, the Celts invaded the Balkan peninsula around 280 BC. Archaeologists have discovered weapons and a significant number of bronze items with Celtic ornamentation, all later adopted by Thracians.

Varna’s Archeological Museum, founded in 1888 and one of the largest museums in Bulgaria, displays excellent exhibits about all these eras of settlement and history. It’s gold collection from the Necropolis and the artisan craftsmanship is stunning.

And then the Romans came. 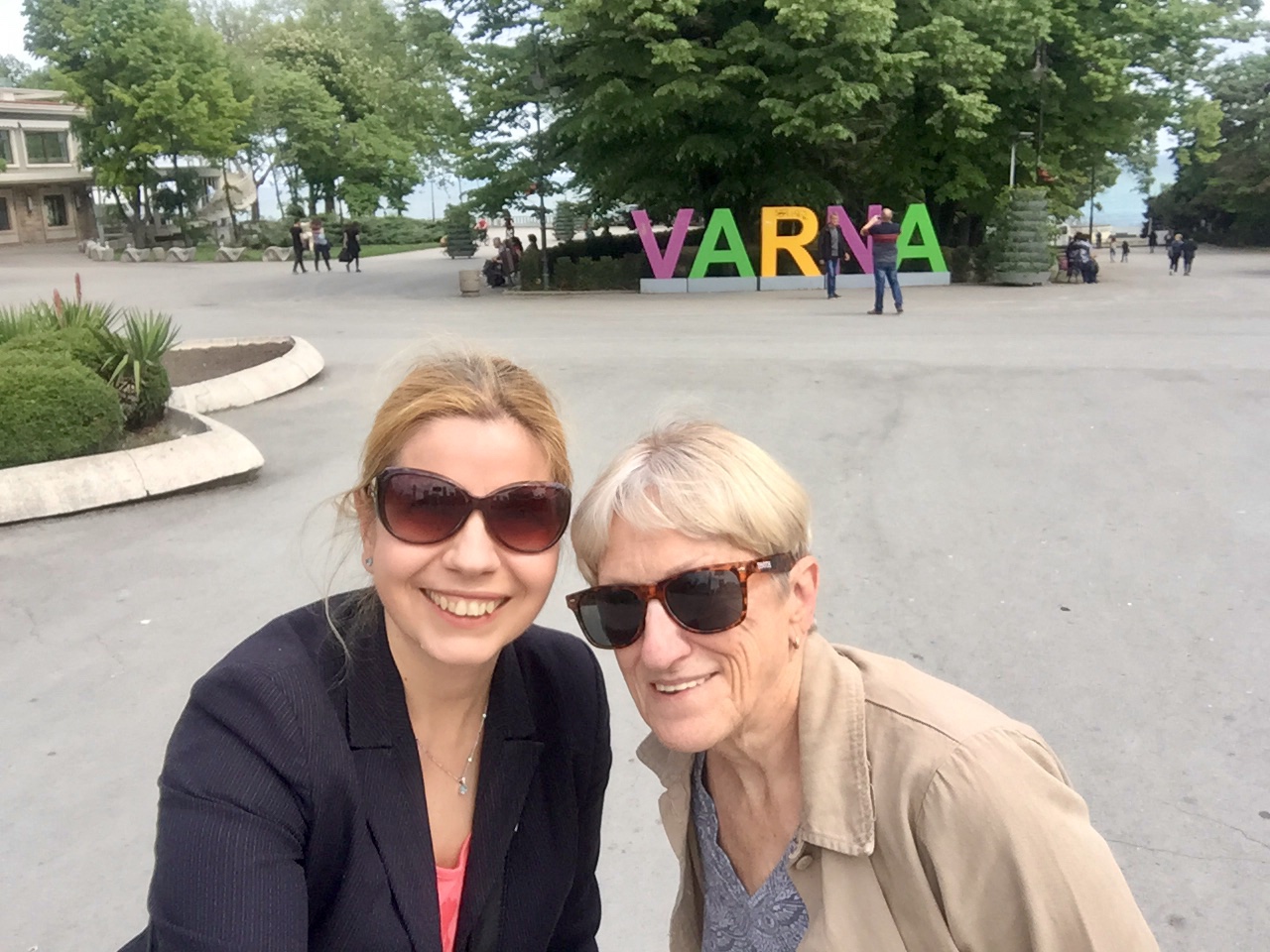 The Roman city Odessus (no relation to Homer’s Greek hero Odysseus) was first mentioned as early as 15 AD and included much of present-day downtown Varna. Odessus was an early Christian town and Bulgarian Orthodox tradition claims that Saint Andrew preached in the city in 56 AD and served as a bishop here. In 6th century documents, Odessus was referred to as “holiest city.” In 442 a peace treaty between Eastern Roman Emperor Theodosius II and Attila the Hun was signed at Odessus.

Roman remains include 2nd century Roman baths, the largest in Bulgaria. A recently discovered aqueduct, built between the 4th and 6th centuries, had pipelines later added. During the 4th century the city also fortified their port with walls. The Romans knew how to build and maintain infrastructure!

Varna did not decrease in importance during the Middle Ages. Its protected harbor was an ideal port. Control changed from Byzantine to Bulgarian hands several times during the Middle Ages. Asparukh, Khan of Bulgaria in 681 AD, fortified the Varna river with ramparts to stop the Byzantines – the wall still stands. It is said the peace treaty between Asparukh and the Byzantines to establish a new Bulgarian state in 681 AD was concluded at Varna. A statue of Tsar Kaloyan honors the ruler who defeated the Byzantines in 1201 and restored Varna for the Second Bulgarian Empire.

By the late 13th century, Varna had turned into a thriving commercial port frequented by Genoese, Venetian and Ragusan merchant ships. With fortresses protecting the harbors, merchants imported and exported a myriad of goods from honey, wine and timber to luxury crafts and fine jewelry. With their own monetary standard, Varna became one of the most important seaports in the east.

Five-hundred years before my birth, 10 November 1444, one of the last major battles of the Crusades was fought outside Varna’s walls. The Ottomans defeated an army of 20,000–30,000 crusaders led by Ladislaus III, King of Poland and Hungary. The Christian army was attacked by a superior force of 55,000 or 60,000 Turks led by the infamous Sultan Murad II. Ladislaus III was killed and this failure to stop the Turks spelled the doom for Constantinople, which the Ottomans went on to conquer in 1453. Varna, along with all of Bulgaria, remained under Ottoman domination for over four centuries.

Quite possibly by this time, my ancestor had had enough and moved north by land or sea to a more peaceful port.

During the last 400 years, Varna has witnessed the Russians come and go, the Ottomans briefly return, the British and French hanging out during the Crimean War in 1856, the Orient Express temporarily ride Varna’s rails, and a busy and influential port in the First Balkan War and World War I. After the Second World War, Varna, and all Bulgaria, saw the return of the Red Army in September 1944. From December 1949 to October 1956, Varna was renamed Stalin after Soviet dictator Joseph Stalin. Communist domination continued until independence in 1991. Thankfully, its name of Varna was restored.

And what of modern-day Varna? 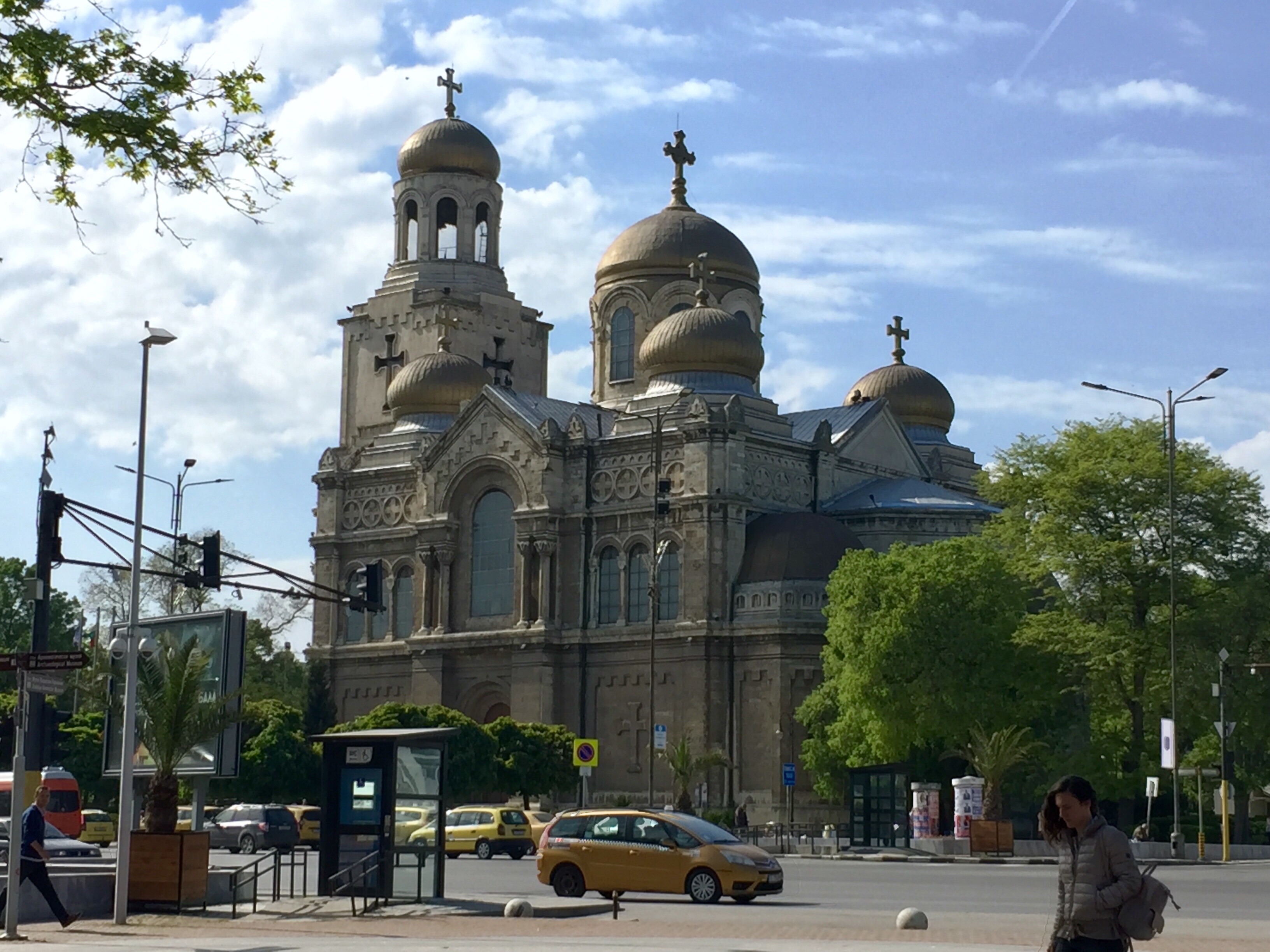 This is a well-respected university city and museums highlighting centuries of history abound. An Archaeological Museum, Naval Museum, Museum of Varna History, Museum of Medicine, a Puppet Museum, and Museum of Ethnography are but a few. Archaeological sites range from the city walls to Roman Baths to ancient necropolises. Monuments, always a favorite of mine, are plentiful recognizing Tsars and poets, battles and a massive concrete structure commemorating Bulgarian-Soviet Friendship. And Varna has a plethora of galleries, art shows, concert halls and performing arts groups.

Churches, always a draw for me, are notable. Orthodox churches include the 17th-century Theotokos Panagia (built on the site of an earlier church where Ladislaus III was perhaps buried), St. Athanasius, the 15th century St. Petka Parashkeva, Saint Nicholas, the Archangel Michael chapel, and the 14th-century Saints Constantine and Helena church and monastery. The beautiful Dormition of the Theotokos Cathedral with its spectacular dome should not be missed. Also in Varna are an Armenian Apostolic church, two Roman Catholic churches, a couple synagogues, and two old mosques that have survived since the Ottoman times. 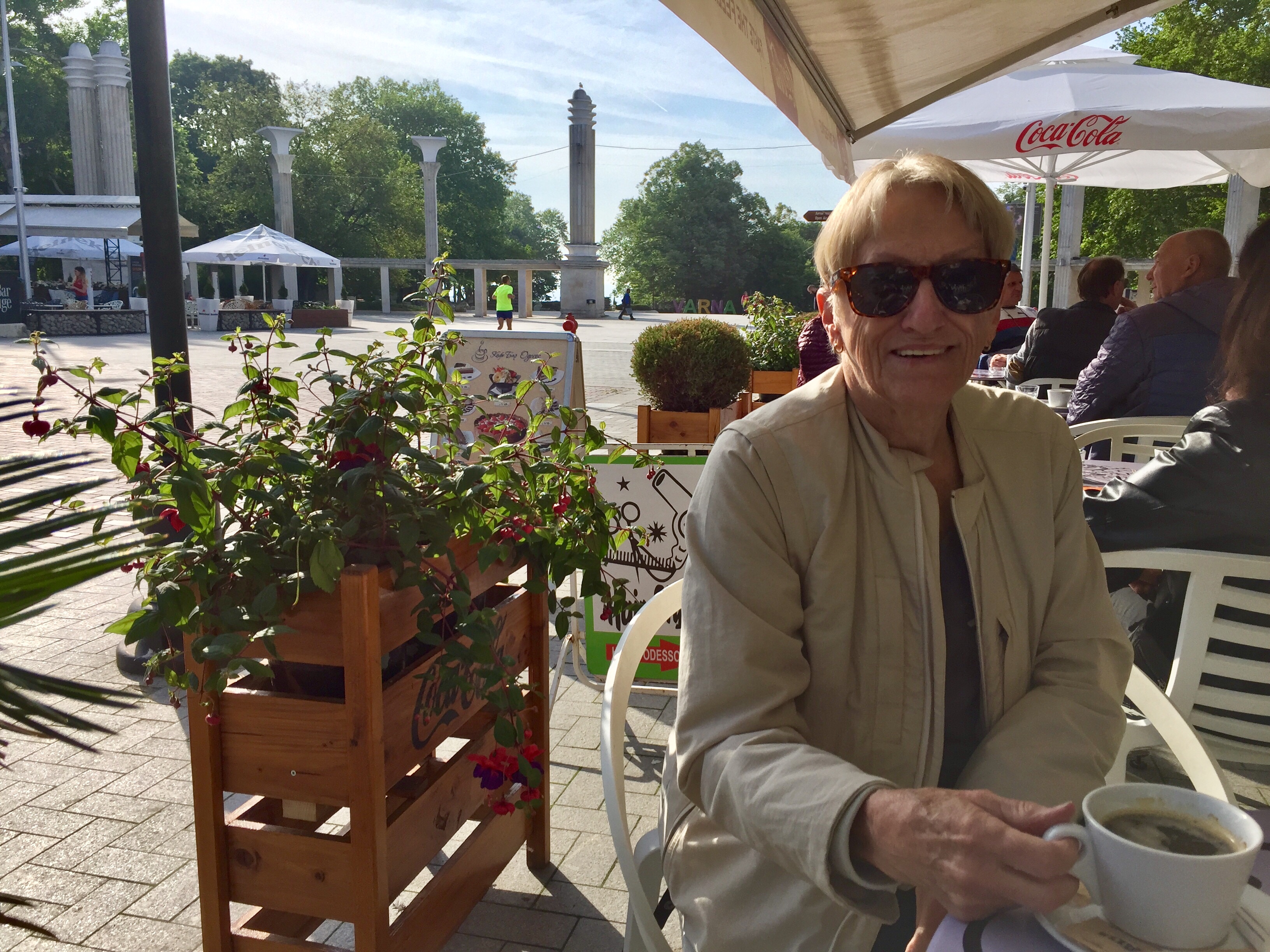 Varna is a town to walk. The architecture, mostly rebuilt in the late 19th and early 20th centuries, has a wide range of styles from Neo-Renaissance, Neo-Baroque, Art Nouveau, to Art Deco. The narrow streets are pleasant. The main pedestrian walks are lined with shops, casinos, and cafes. But perhaps the best walk of all is along the Black Sea through the gigantic Sea Garden

The Sea Garden is the oldest and largest park in Varna and stretches for about 3 miles along the bay. Among its landscape are an open-air theater, an aquarium, a dolphin aquarium, a planetarium, museums, terrarium, carnival park and zoo. A Cosmonauts’ Alley displays trees planted by Yuri Gargarin and other Soviet and Bulgarian cosmonauts. The waterfront promenade is lined with cafes and music clubs offering everything from hip-hop and techno to chalga (a Bulgarian music genre of pop-folk). Varna has earned its sobriquet of “Europe’s new funky-town, the good-time capital of Bulgaria.” 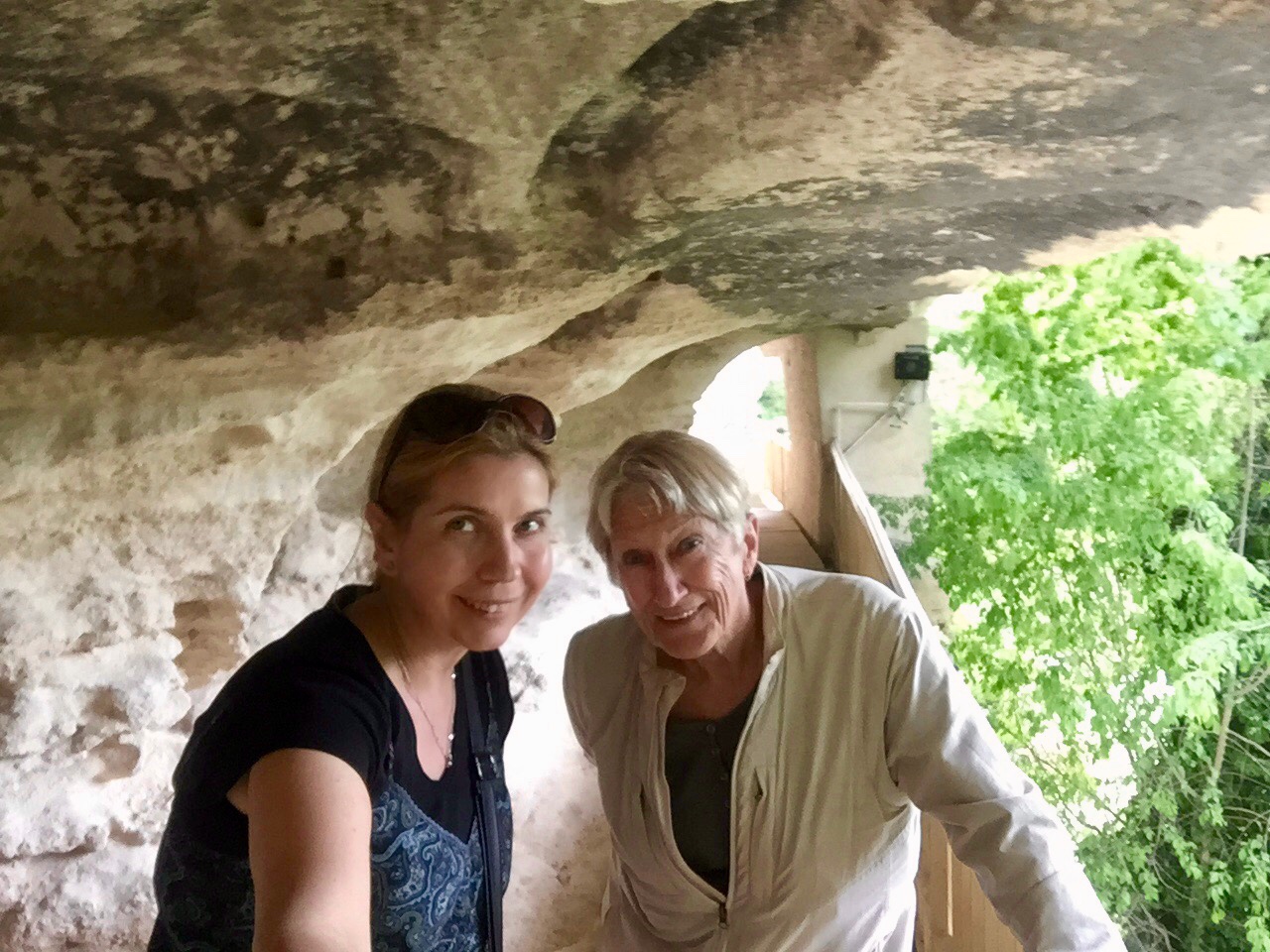 There are several interesting sites just outside Varna. Perhaps the best is the Aladzha Monastery. This is a medieval Orthodox cave monastery which lies within a protected forest area adjacent to the Golden Sands Nature Park. The monastery’s caves were carved into a 80 foot vertical karst cliff. Karst, like these steep cliffs, is shaped by the erosion of layers of soluble bedrock, such as limestone, dolomite, or gypsum. This complex consists of several rooms on three levels and includes small catacombs nearby.

The monastery was an active hesychast monastic community of the Second Bulgarian Empire. The monks of hesychasm practiced a solitary life of contemplative prayer in a mystical tradition. The site was used from the 12th century to the early 18th century. Another nearby cave complex may date to the fourth century as shown by fragments of glassware; coins of Justinian indicate that the complex may have still been in use during the 500s.

As late as the early 20th century, the forested hills surrounding the monastery, known as Hachuka (Mount of the Cross), were regarded by locals as sacred and inhabited by a mythical chthonic (underworld) deity known as Imri Pop or Rim-Papa.

For me, as I enjoy a Zagorka brew and gaze out onto the Black Sea, I am reminded that along with all this wonderful city comes its honorable mention in literature and film. In the film Mechanic: Resurrection, Tommy Lee Jones’ character Max Adams lives in Varna. Best of all, it was at this port that Bram Stoker’s Count Dracula fled by ship for better hunting grounds.