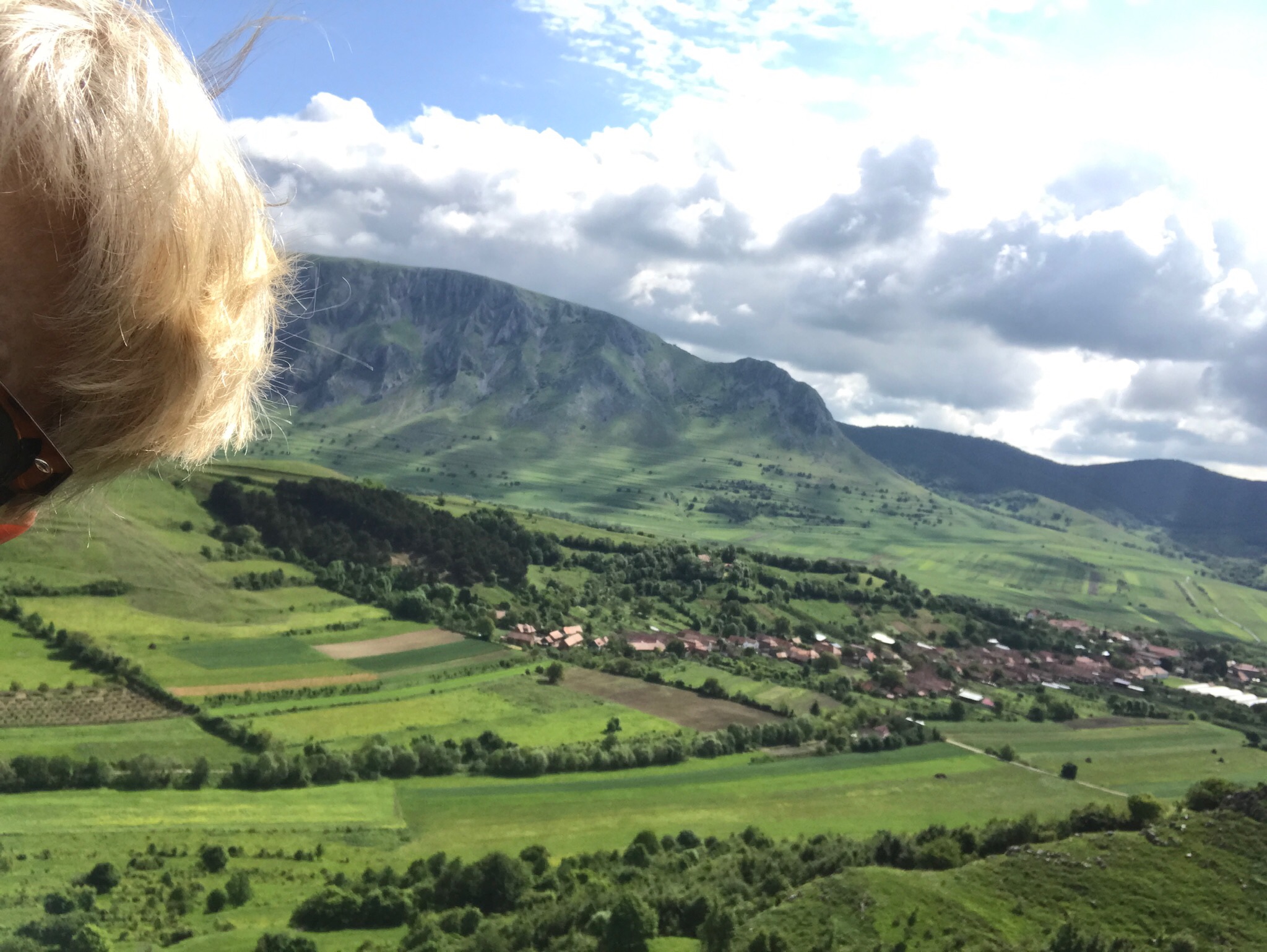 Having traveled into the heart of Transylvania and its people, having traced the footsteps of Stoker’s infamous Count and his prototype, Vlad Tepes, I can relate to Stoker’s words. Transylvania, its people, and its history is ancient and fierce. From the painted monasteries and fortified churches of Bucovina to the castles and fortresses of Hungary, through the majestic Carpathian Mountains to Turda Gorge and over Borgo Pass, this region of Eastern Europe is often remote and always beautiful.

“Traveling – it leaves you speechless, then turns you into a storyteller.” – Ibn Battuta 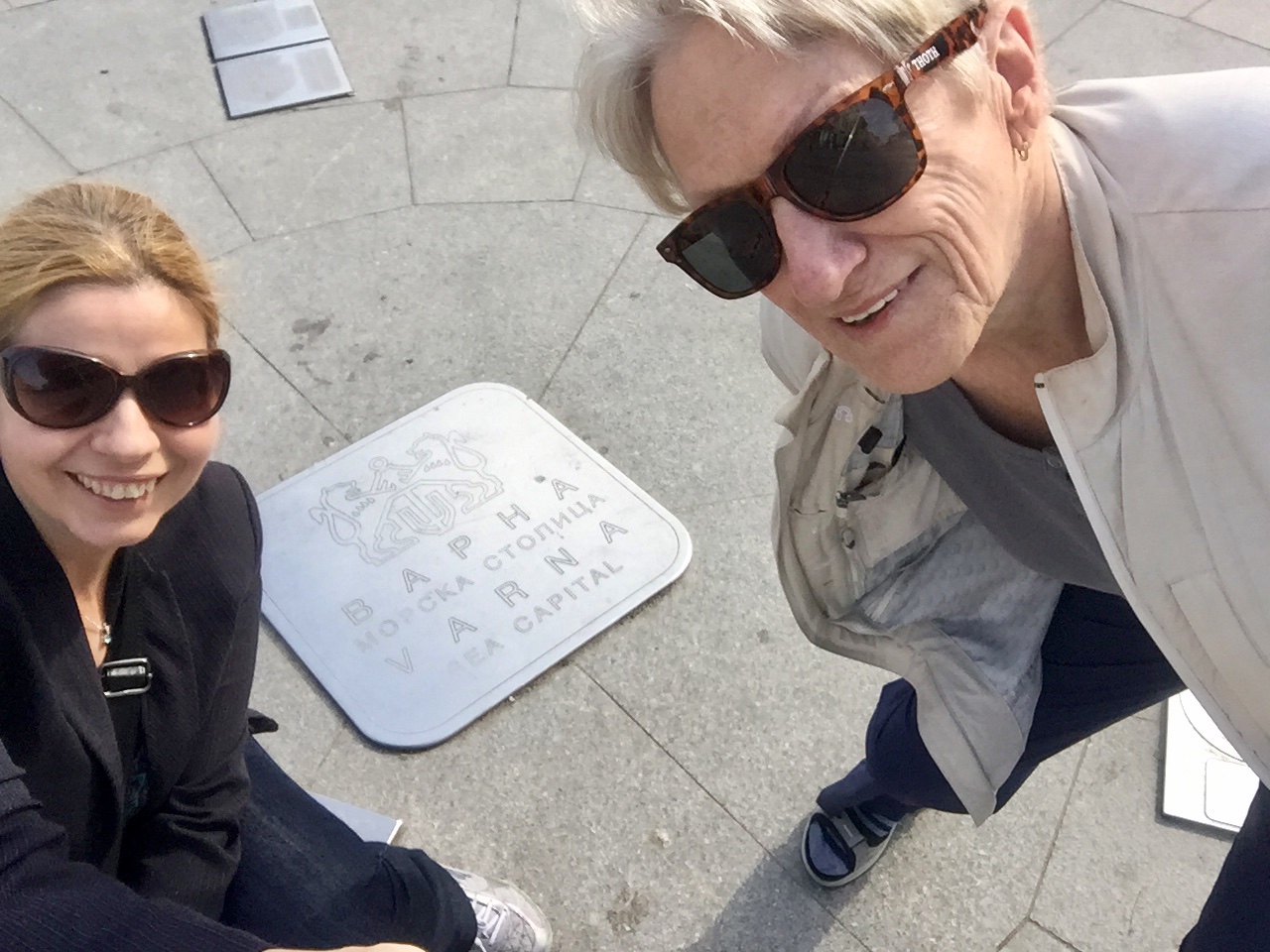 I experienced a wonderful week visiting my DNA Bulgarian cousins and being treated like royalty while exploring and learning about the history of Bulgaria. I could not have had better guides. Not speaking a word of Bulgarian, there was no problem bonding with these warm and inviting people. I look forward to a deeper dive into the Y-DNA which could tell in what era our most recent common relative lived. DNA, history and travel are powerful connections

My cousin and I stayed in Varna at the lovely Hotel Odesos overlooking the Black Sea. After tracing much of the path of Dracula, and Vlad Tepes, throughout Romania and Bulgaria, I reread Bram Stoker’s legendary book, Dracula. Unbeknownst to me, the path started and ended in Varna. The Demeter and its 50 boxes of soil departed Varna for Whitby. A few weeks later, Van Helsing and the vampire hunters lodged in Varna at the Odessus while waiting for the ship carrying the bloodsucker home. Another example of a hotel riding on the coattails of the legend?

My cousin and I traveled to Bucharest, Romania for a few days of walking and exploring. Bucharest is a beautiful, vibrant, interesting city. The cafes, pedestrian areas, churches, monasteries, fountain sound and light show, and architecture are superb for the solo traveler. And the prices cannot be beaten.

Romania, in general, is beautiful and interesting, diverse and colorful. The Carpathian Mountains are stunning, as are the small villages and gigantic castles. Transylvania seems to have it all. One who wishes to be in search of Dracula will love traveling this area. The Count may be a fictional character of Bram Stoker’s imagination, but his counterpart, Vlad Tepes, slept here. It is all in fun that one can follow his footsteps. There are busts and portraits of Vlad all along our route, but then so too are there busts of Béla Lugosi. And the Romanian’s have adjusted to the economic advantage of acknowledging both bloodsuckers.

All the signs, keychains and mementos of “I love Budapest” are accurate. There are few European cities that can rival Budapest. Period, enough written.

What was new and learned? Whether totally accurate or not, these were my impressions:

The Balkans and Eastern Europe are historically interesting and beautiful regions for travel. From Thessaloniki Greece and Istanbul north and east to the Baltic Sea, the history, traditions and people are some of the best on the European continent. Visit it now as tourism is discovering the region at an alarming rate.

“The most beautiful in the world is, of course, the world itself.” -Wallace Stevens

The peoples of these regions have a loooong history and they NEVER forget it. That is both good and bad. Good that there is pride and history here; bad that there is much pride and long history here. I get to feeling that given the chance, ethnicities will go to war once again to regain territories lost centuries ago. I wonder, in the United States, would the South rise again or the Native American war over old issues and borders? One wonders, as John Lennon wrote, “Imagine there’s no countries…Nothing to kill or die for, And no religion too, Imagine all the people living life in peace…. ”

The Carpathian Mountains and villages are spectacular.

As I rocked and swayed across the cloud-shrouded and forested Borgo Pass, I couldn’t help but reminisce about exploring these Carpathian Mountains. It is best described through the words of Bram Stoker’s character of Jonathan Harker as he innocently races to meet his destiny with Count Dracula:

“3 May. Bistritz.—… Buda-Pesth seems a wonderful place, from the glimpse which I got of it from the train…We left in pretty good time, and came after nightfall to Klausenburgh. Here I stopped for the night at the Hotel Royale.

…made search among the books and maps in the library regarding Transylvania; it had struck me that some foreknowledge of the country could hardly fail to have some importance in dealing with a noble (Dracula) of that country. I find that the district he named is in the extreme east of the country, just on the borders of three states, Transylvania, Moldavia, and Bukovina, in the midst of the Carpathian mountains; one of the wildest and least known portions of Europe.

In the population of Transylvania there are four distinct nationalities: Saxons in the south, and mixed with them the Wallachs, who are the descendants of the Dacians; Magyars in the west, and Szekelys in the east and north. I am going among the latter, who claim to be descended from Attila and the Huns. This may be so, for when the Magyars conquered the country in the eleventh century they found the Huns settled in it. I read that every known superstition in the world is gathered into the horseshoe of the Carpathians, as if it were the centre of some sort of imaginative whirlpool; if so my stay may be very interesting…

green sloping land full of forests and woods, with here and there steep hills, crowned with clumps of trees or with farmhouses, the blank gable end to the road. There was everywhere a bewildering mass of fruit blossom…the road, losing itself as it swept round the grassy curve, or was shut out by the straggling ends of pine woods, which here and there ran down the hillside like tongues of flame…green swelling hills…mighty slopes of forest up to the lofty steeps of the Carpathians themselves. Right and left of us they towered, with the afternoon sun falling full upon them and bringing out all the glorious colours of this beautiful range, deep blue and purple in the shadows of the peaks, green and brown where grass and rock mingled, and an endless perspective of jagged rock and pointed crags, till these were themselves lost in the distance, where the snowy peaks rose grandly…ghost-like clouds which amongst the Carpathians seem to wind ceaselessly through the valleys…the crazy coach rocked on its great leather springs, and swayed like a boat tossed on a stormy sea. I had to hold on.”

Does anyone own a lawnmower in Romania? Weedwackers are the mower of choice, no matter how much garden to clear.

“Not all those who wander are lost.” -J.R.R. Tolkien 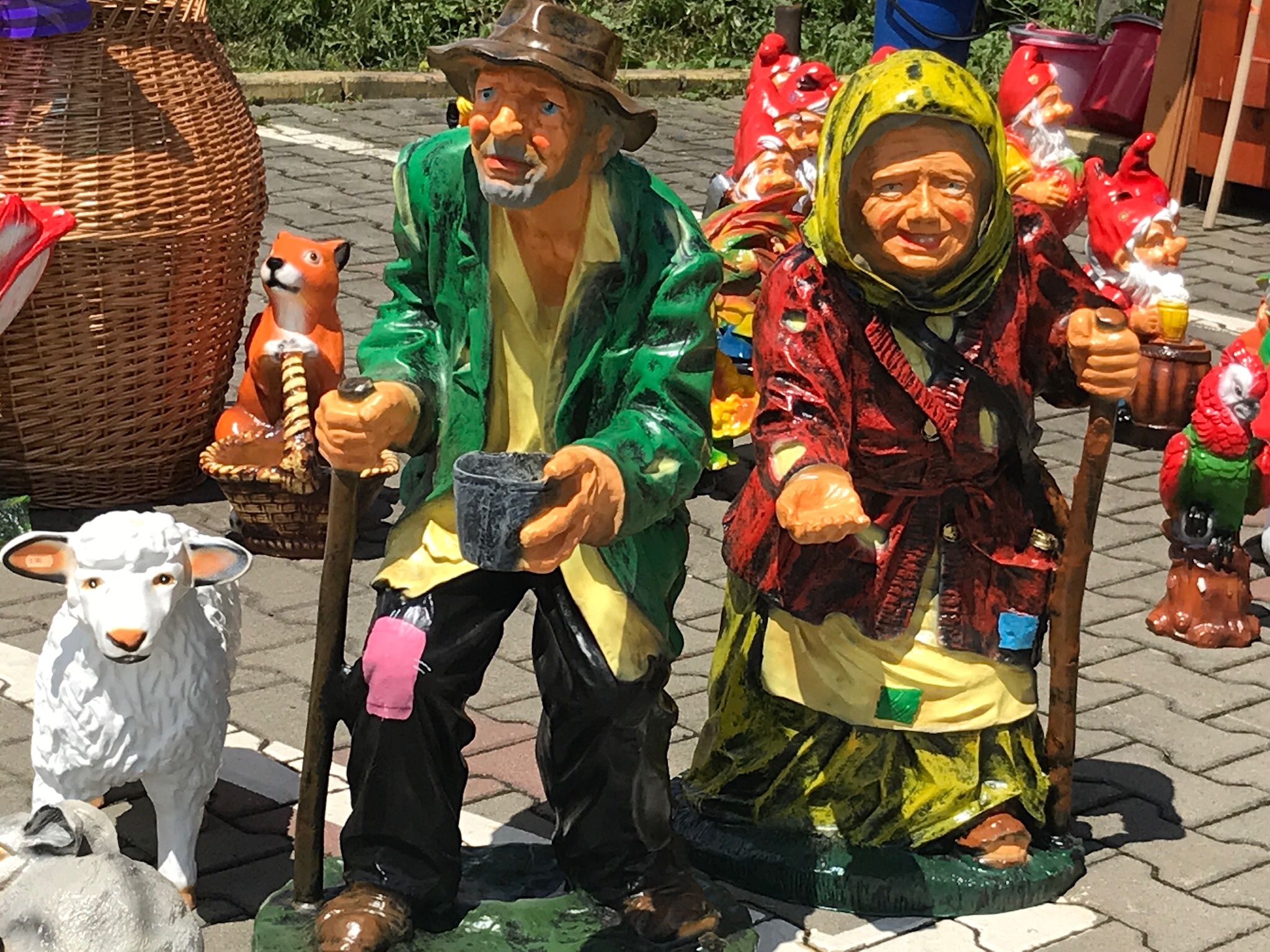 Everywhere I go, there is talk, and warnings, of the gypsies. They are common in this part of the world, and almost universally distrusted. There are thousands of them in Hungary and Transylvania and they speak their own varieties of the Romany tongue. (They are not ethnically Romanian but originally came out of the Punjab region of northern India.) The gypsies stubbornly hold to their independent, nomadic life while western culture just as determinedly tries to change their culture. I am not sure which side is fighting the loosing battle. There is no way these people were born to just work, pay bills and die. Assuredly, one should keep their little bits close among the gypsies.

I usually love using a country’s new money. I especially like the Romanian Ron which is made from a unique waxed paper.

“At its best, travel should challenge our preconceptions and most cherished views, cause us to rethink our assumptions, shake us a bit, make us broader minded and more understanding.” –Arthur Frommer

Food throughout my travels through Bulgaria, Romania, and Hungary was good. Salads and soups are excellent as are the deserts which come with every meal. Beer is generally good; wine improves once in Hungary. Best meat adventure? The rooster testicles, gizzards and combs in Hungary. The ice cream was always good, chimney cake really good, and warm volcano cake scrumptious. Once I learned to just skip breakfast, the day went better. Unfortunately, I still gained weight!

Hard to select any one great sight but King Carol’s Peleș Castle would have to be at the top of my list. Bran Castle, both as a site for the imaginary Count Dracula and for the very real Queen Marie of Romania. The fog-shrouded Szekler sacred totems atop Harghita-Madaras are unforgettable. Borgo Pass, Turda Gorge, Turda Salt Mines, and the Carpathian Mountains and Carpathian Basin are stunning examples of both history and nature.

“Wherever you go becomes a part of you somehow.” – Anita Desai

Traveling among others there is seldom a silent moment. Why can’t people just listen to Mother Nature? She was not born with voices.

I wouldn’t even attempt to pronounce the place names of this region. Kalotaszentkiraly, Hajduszoboszlo, Torockoszetgyorgy, Magyarország, and a combination of letters and sounds I can’t even begin to wrap my tongue around. 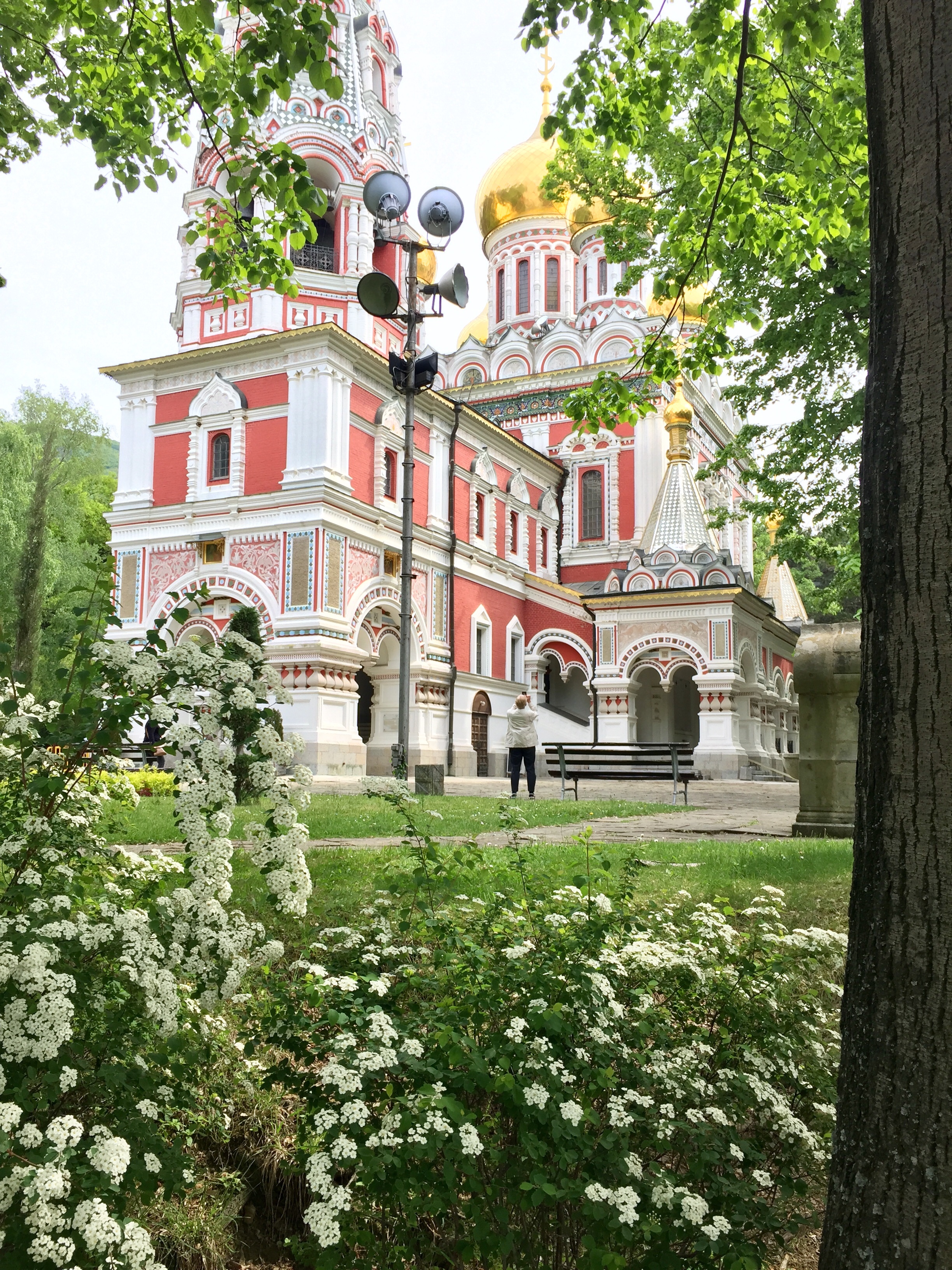 Throughout this region, I spotted profusely blooming bushes of fragrant Viburnum. It always reminded me of Lake Hills. As a kid, we had a large blooming bush of it at the corner of my childhood home. I have never seen the bush anywhere else.

“Because in the end, you won’t remember the time you spent working in the office or mowing your lawn. Climb that goddamn mountain.”― Jack Kerouac

Our small group of eight Eldertrek travelers was a good one: compatible, interesting and energetic. We celebrated two birthdays: 81 years and 82 years. I hope at that age I am as spry and eager to travel new lands as they. 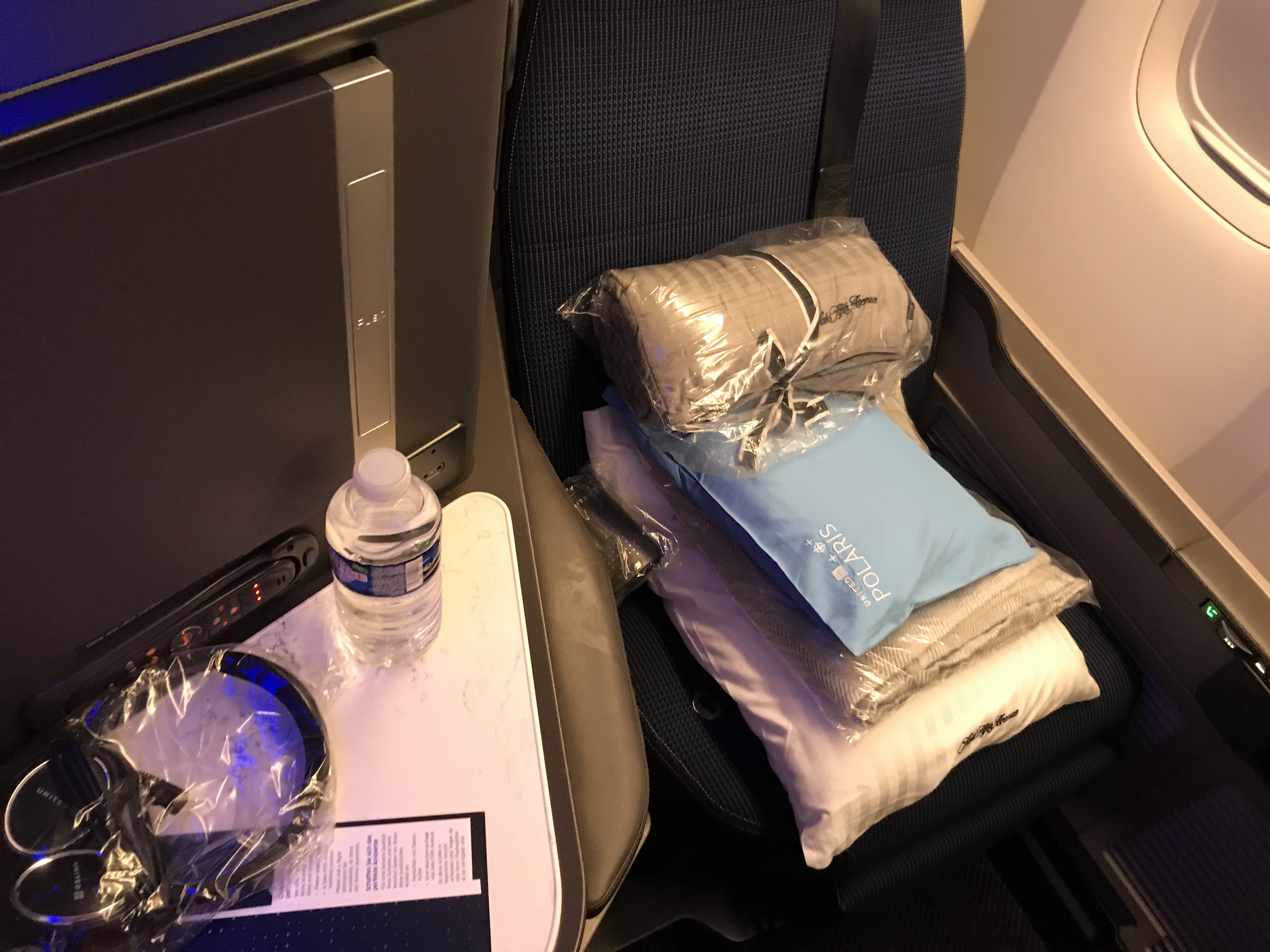 I await takeoff from Frankfurt Airport, destined for San Francisco and home. “Water, juice or champagne?” Music to my ears. Since 1972, I know I have flown the distance to the Moon, perhaps back again. I tell myself I have earned Polaris treatment: the champagne, good food served on plates with silver utensils, the carmel sundaes “with lots of carmel, thanks,” gel pillows and flat beds, hot towels and being addressed by name. Those are the outer trimmings. The biggest changes are within me: what I have learned about the globe and my own small world is immeasurable and life changing.

“I travel not to cross countries off a list, but to ignite passionate affairs with destinations.” – Nyssa P. Chopra