DALMATIAN COAST AND THE BALKANS 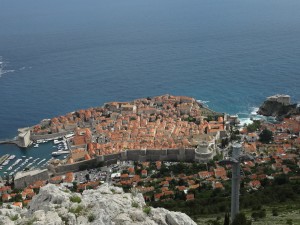 Dubrovnik from atop Srd Mountain.

Arrival into Dubrovnik amid blue seas, sun and warmth. Short walk to Rooms Kaja where my host reminds me of Dean but with an accent and curlier hair. Quickly set off for Dubrovnik – among the 10 best medieval walled cities in the world. Explored the 1.24 miles of wall encircling the old city. Almost all roofs in the city were destroyed by the 1991 aggressions. The regime in Montenegro led by Momir Bulatović, installed by and loyal to Serbia’s Slobodan Milošević, claimed Dubrovnik was historically part of Montenegro. This was in spite of a large Croat majority population with few Montenegrins and a mere 6% of Serbs residing there. Many considered Bulatović’s claims as part of Milošević’s nationalist plan to build a Greater Serbia as Yugoslavia collapsed. The citizens of Dubrovnik were sitting ducks as Serbs, Bosnians and JNA (Yugoslav National Army) fired down from Srd Mountain directly behind the city. END_OF_DOCUMENT_TOKEN_TO_BE_REPLACED