SADNESS. I follow the informative path through Kigali’s Genocide Museum. Here is the history of the Tutsi genocide and the final resting place of over 250,000 victims. The Hutu, Tutsi and Twa (Pygmy) of Rwanda are all Banyarwanda who share a common language and background. Yet here is the tragic story of what can happen when people believe lies, blame a scapegoat, loose their humanity, and vent their frustration on others. This site honors the memory of the more than one million Rwandans killed in 1994.

There are many books written about this event and I have read or plan to read “A People Betrayed,” Keane’s “Season of Blood” and Destexhe’s “Rwanda and Genocide in the Twentieth Century.” These books and other readings help me understand how such a devastating and merciless event could happen. Could this happen in my own country?

The causes for this atrocity can be found rooted in colonial times. Briefly:

Human habitation in Rwanda began shortly after the last ice age. Our ancestors may have migrated from this Great Rift region. By the 16th century, the inhabitants had organized into a number of kingdoms. In the 19th century, King Rwabugiri, through military conquest and consolidation, came to control most of what is now Rwanda. The colonial powers, Germany and Belgium, allied with the King’s court.

Under the 1918 Treaty of Versailles the former German colony of Rwanda-Urundi was made a League of Nations protectorate governed by Belgium. The two territories (later to become Rwanda and Burundi) were administered separately under two different Tutsi monarchs. Unfortunately, as was the case in most of the African colonies, a series of misguided decisions set the stage for the genocide to come. Both Germany and Belgium turned the traditional Hutu-Tutsi relationship into a class system. How was this classification initially determined? One was considered a Tutsi if he owned more than ten cows!

The minority Tutsi (14%) were favored over the Hutus (85%) and given privileges and western-style education. European colonists believed the Tutsi were more ‘Caucasian’ and racially superior. Belgians used the Tutsi minority to enforce their rule. By 1926, the Belgians introduced ethnic identity cards differentiating Hutus from Tutsis. The curtain on one of the worst genocides in history was set to rise.

By the mid-1950s, ethnic sides were clearly drawn; political parties and powerful forces preparing for confrontation to defend their privileges. In 1959, Hutus rebelled against Belgian colonial rule and the Tutsi elite; 150,000 Tutsis flee to Burundi. This was just the beginning of the flood of Rwandans fleeing for their lives.

The convergence of anti-colonial, and anti-Tutsi sentiment resulted in Belgium granting national independence in 1961. But ethnic resentments grew, fueled by leaders, vicious propaganda and lies. Innocents were squeezed into the middle. What occurred over the span of a few months in 1994 was a well-planned, thorough and intentional effort to kill all Tutsi and any Hutu moderates and sympathizers.

Tensions worsened when Juvénal Habyarimana, who was Hutu, seized power in 1973. In the early years, Habyarimana increased prosperity and reduced violence against Tutsi. Many hardline anti-Tutsi figures remained, however, including his wife. When the RPF invaded in 1990, Habyarimana and the hardliners exploited the fear of the population to advance an anti-Tutsi agenda which became known as ‘Hutu Power.’

Then, in 1991, the Rwandan Patriotic Front (RPF), a rebel group composed of 10,000 Tutsi refugees, invaded Rwanda, starting the Civil War. The war ground on and on, tensions worsening, as Hutus feared losing their gains.

In March 1993, the Hutu Power began compiling lists of “traitors” whom they planned to kill, and it is possible that Habyarimana’s name was on these lists as some radicals were publicly accusing the president of treason for his efforts to find moderation. Because the national radio station, Radio Rwanda, had become too liberal and supportive of the opposition; extremist founded a new radio station, Radio Télévision Libre des Mille Collines, which broadcast racist propaganda, obscene jokes and music, and becoming very popular throughout the country.

When the airplane carrying Habyarimana and Burundian President Cyprien Ntaryamira was shot down on its descent into Kigali, the country imploded. Genocidal killings began within hours. Commanders announced the president’s death, blamed the RPF, and ordered the crowd to “begin your work” and to “spare no one.” Military and political leaders were executed. Barricades were erected to screen identity cards to systematically identify and immediately slaughter Tutsi, most hacked to death. These forces recruited and pressured Hutu civilians to arm themselves with machetes, clubs, blunt objects, and other weapons to rape, maim, and kill their Tutsi neighbors and to destroy or steal their property. France seemed to support the Hutus. The United Nations and the US did little to prevent or stop the atrocities in spite of warnings from informants on the ground.

The Rwandan genocide was a mass slaughter of Tutsi by the Hutu majority government. Some militias called themselves the “Army of Jesus” and they believed their mission was to destroy God’s enemies.” An estimated 1,000,000 Rwandans were killed during the 100-day period from April 7 to mid-July 1994, constituting as many as 70% of the Tutsi and 20% of Rwanda’s total population. 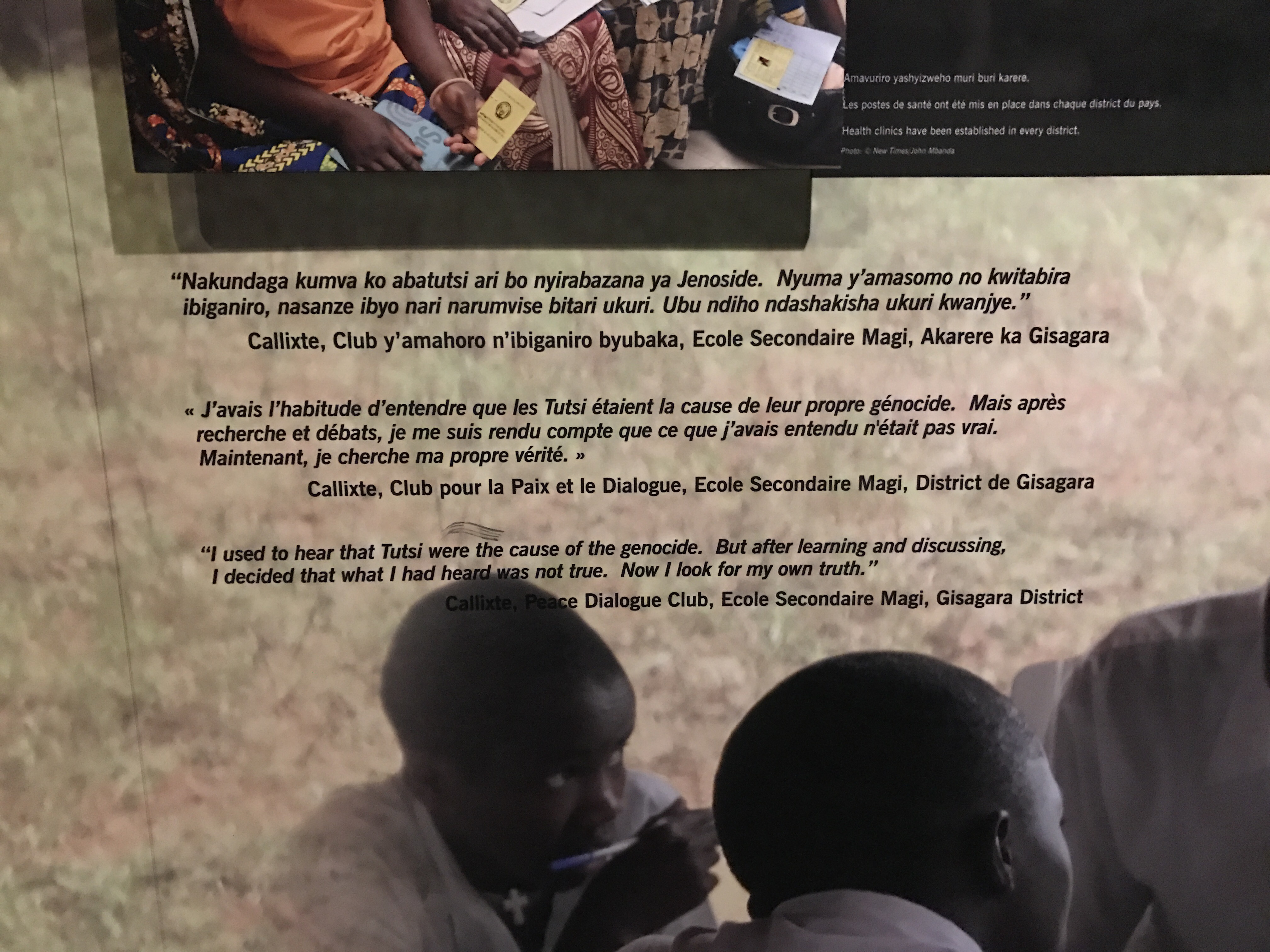 The Hutu population, which had been prepared and armed during the preceding months, maintained the Rwandan tradition of obedience to authority, and carried out the orders without question. Extremists moved among the houses of Kigali with lists of moderate politicians and journalists, and killed them. Officials were dismissed who were not sufficiently active in the killings. One prominent Dr. and Hutu activist appealed to Hutus to send the Tutsis “back to Ethiopia” via the rivers. Later, these Kigale rivers would be choked with bodies. The true Tutsi diaspora had begun.

In rural areas, the local government commanded the execution of Tutsi. Acting on orders from Kigali, instructions were sent to district leaders who in turn issued directions to groups and villages. The majority of the actual killings were carried out by ordinary civilians, under orders from the leaders. Tutsi and Hutu lived side by side, and families knew each other, making it easy for Hutu to target their Tutsi neighbours.

“Either you took part in the massacres or you were massacred yourself.”

Nothing spared the Tutsi from death: not the church, age nor innocence.

It is estimated that less than 300,000 Tutsi survived the genocide.

And the horror of slaughter was compounded by the lasting horror left by the “rape squads.” During the conflict, Hutu extremists released from hospital hundreds of patients suffering from AIDS. Many survivors became infected with HIV; genital mutilation was often perpetrated on the men.

I am aware that my wonderful guide is Tutsi. His parents fled to Uganda in the 1950s, during the beginning of this Tutsi diaspora. And what was it like to hear these stories as a young man? “Everything changed in the early 90s.” What can one say?

The genocide and widespread slaughter of Rwandans ended when the Tutsi-backed and heavily armed Rwandan Patriotic Front (RPF) led by Paul Kagame took control of the country. An estimated 2,000,000 Rwandans, mostly Hutus, were displaced and became refugees in Burundi, Uganda, Tanzania and Zaire. Many remain yet today.

Hence my FEAR. This sounds possible in my country today.

Indications are that US President Clinton and his cabinet were aware that a “final solution to eliminate all Tutsis” was planned. However, fear of a repeat of the events in Mogadishu Somalia shaped US policy and hesitancy at the time. According to the former deputy special envoy to Somalia, Walter Clarke: “Our lack of response in Rwanda was a fear of getting involved in something like a Somalia all over again.” President Clinton has referred to the failure of the U.S. government to intervene in the genocide as one of his main foreign policy failings, saying “I don’t think we could have ended the violence, but I think we could have cut it down. And I regret it.”

Indeed. “America first” is not an appropriate response for crimes against humanity.

Following the RPF victory, approximately two million Hutu fled to refugee camps in neighbouring countries, particularly Zaire, fearing reprisals for the Rwandan Genocide. In one day, over 250,000 Rwandans, mainly Hutus fled across the border. The camps were crowded and filthy, and thousands of refugees died in from diseases like cholera and dysentery. The camps were controlled by the army and government of the former Hutu regime, including many leaders of the genocide, who began rearming in a bid to return to power in Rwanda.

The fleeing Hutu and Tutsi masses, refugee camps filled with disease and death, an inability to return home, and if so to what. All this is another horrifying story. Congo wars, massive death counts, distrust and reprisals followed. 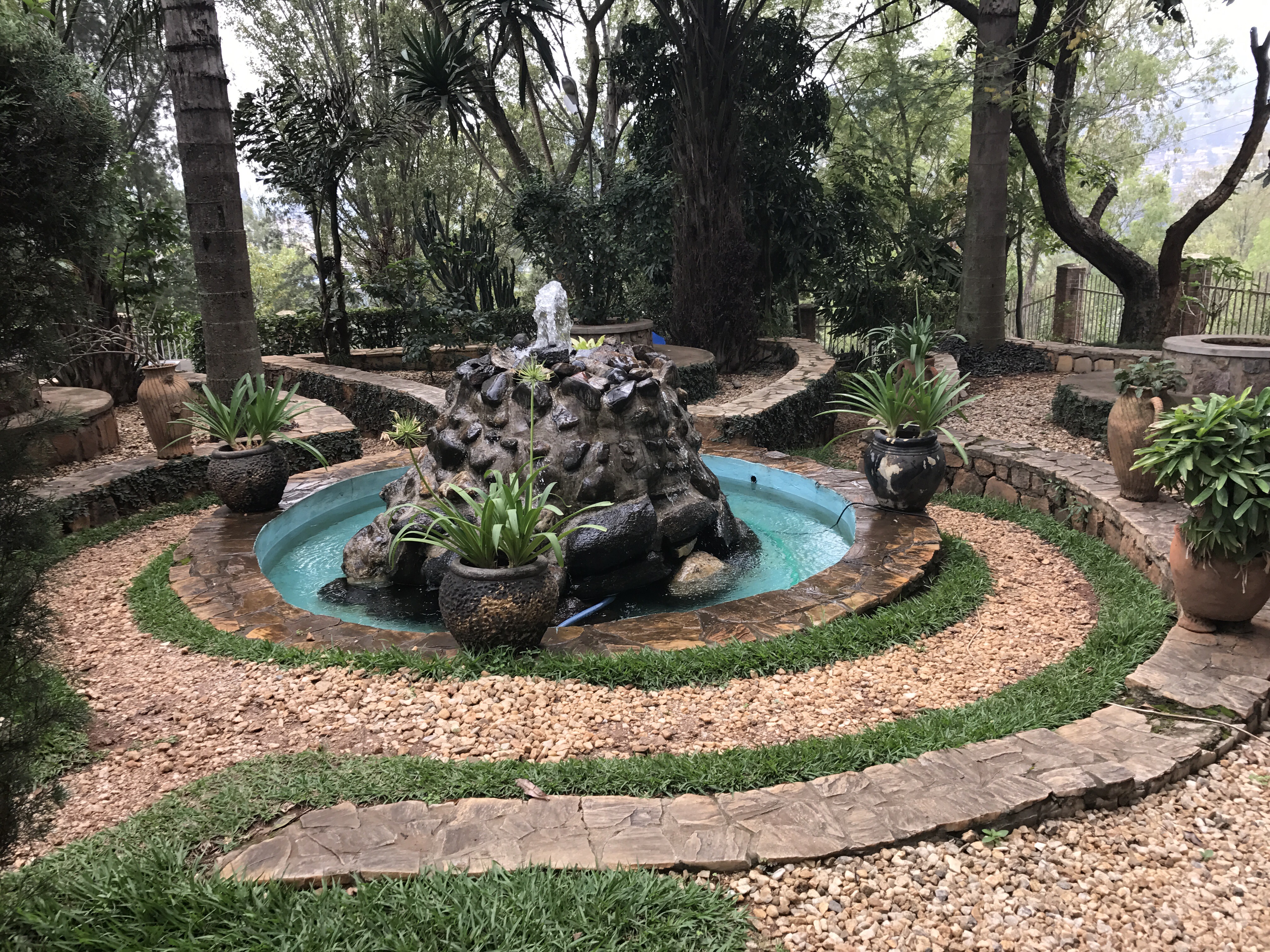 An ideology of “National Unity” destroyed a people yet became a beacon for hope. Rwanda today struggles to heal and rebuild, shows signs of economic development, yet international concerns about the decline of human rights within the country remain. It is said that Rwanda is “not free” with political rights and civil liberties trending downwards. Our guide won’t speak freely in public in Rwanda. Time will provide an answer.

To learn of another’s suffering is to confront one’s own responsibility and shame.

The impact of the Genocide Museum is sobering. It’s audio guide, photographs, videos, and memorials paint a vivid picture of this recent history. I’ve humbly stood in Auschwitz-Birkenau, Buchenwald, the Killing Fields in Vietnam, and the Manzanar Japanese Internment camp in California. All are graphic reminders of what people are capable when fear and lies color their moral vision; when propaganda and power taint ones’ soul. We all have a moral RESPONSIBILITY to stop such crimes against humanity at their beginnings, before populations, neighbors, friends suffer the consequences of ignorance and intolerance.

To ride the moral high ground, one must not be wallowing in the swamp.