The animal of the day is the African White Rhino.

Our drivers are on the road early and face the chaotic early morning rush hour or two of Kampala. It is an experience not to be missed. And the massive markets are thriving. I could get lost in them and never be seen again – even if I had Google Maps.

Our destination is the Ziwa Rhino Sanctuary, about 100 miles north of Kampala. Rhinos faced uncontrolled hunting and declared extinct in Uganda as early as 1983. At Ziwa, the dedicated workers are attempting to save the Southern White Rhino from total extinction. The sanctuary is the only home of wild rhinos remaining in Uganda and the only place to see them in the wild. Currently fifteen rhinos peacefully live at Ziwa under 24-hour armed guard. The goal of the sanctuary is to once again witness white rhinos roaming the grasslands of Uganda.

An unarmed ranger walks us into the savannah grassland to locate the rhinos. It is the heat of the day so it is not hard to find a group lazing beneath some acacia trees. 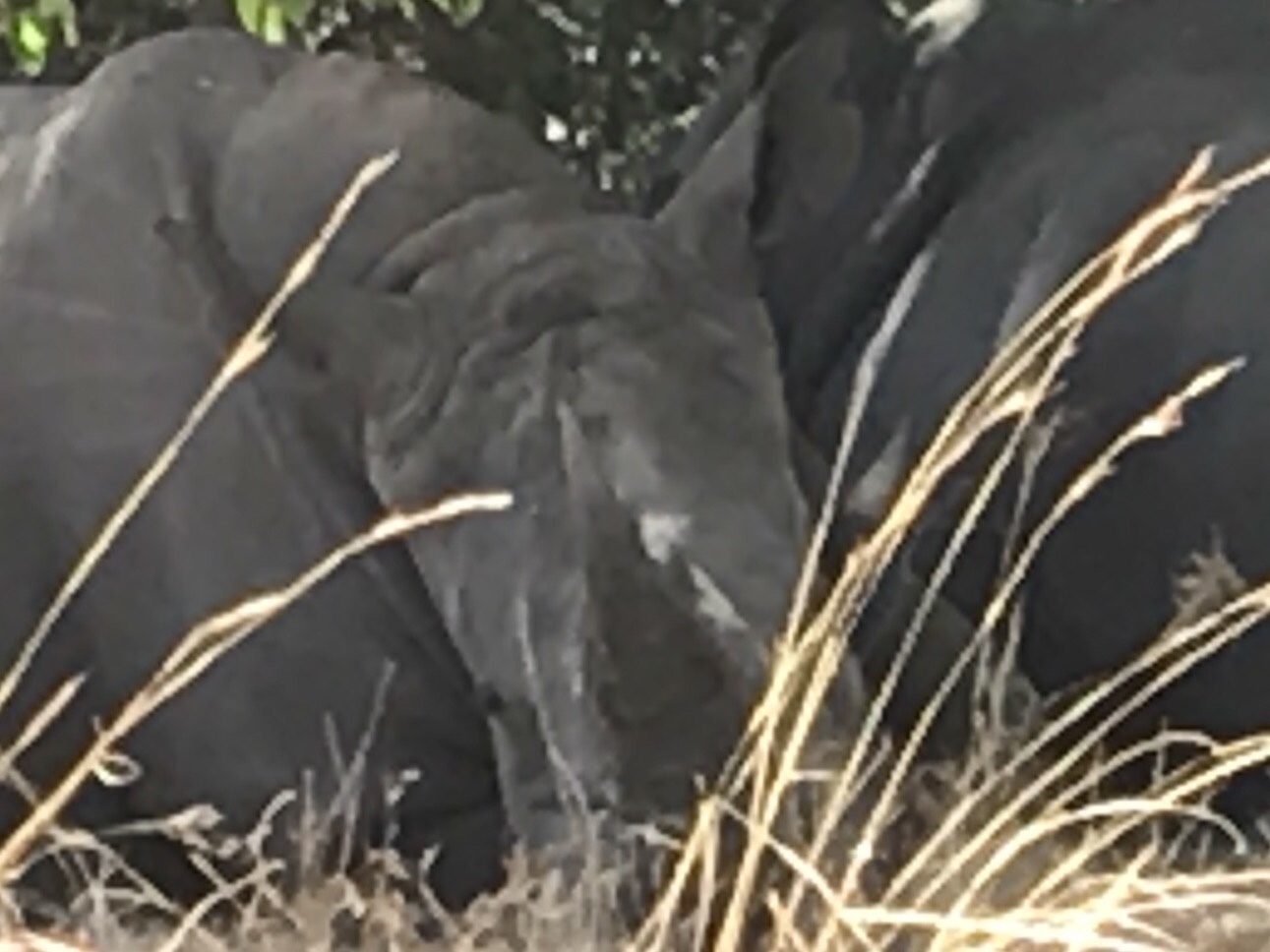 I am familiar with the black, thin-lipped Rhino but this is my first experience with the white rhino. Popular theory is the Rhino was named by the Dutch as the wide-mouth Rhino but because they were unable to pronounce “wide” the Rhino became known as the White Rhino. This is the largest species of rhinoceros and his wide mouth is perfect for grazing on his favorite grasses. Able to run as fast as 28 mph and adult males weighing g as much as three tons, the Rhino is a dangerous animal and responsible for the most deaths in Africa. The four sleeping under the acacia tree don’t seem that threatening g as we stand some 30 feet away snapping our photos.

No sudden movement, no loud sounds, no GPS. Black rhino has a reputation for being more aggressive and inquisitive than the white rhino, which are normally a little more placid. I wouldn’t take a chance on these girls. They are huge. The white rhinoceros is the largest of the five species of rhinoceros. It weighs slightly more than a hippopotamus. It has a massive body and large head, a short neck and broad chest. The front horn is larger and averages 24″ in length. The white rhinoceros also has a noticeable hump on the back of its neck. Each of the four stumpy feet has three toes. I see their ears move about independently to pick up our camera sou ds and whispers. But the rhino depends most of all on smell. Its olfactory passages is larger than its entire brain. In fact, these white rhinoceros have the widest set nostrils of any land based animal. Wonder what they smell as these sweaty visitors excitedly snap photo after photo.

I’m sorry to have missed seeing Obama who was born here in 2009 of an American mother and Kenyan father. I also missed Noel who was born last December and his best friend Nguzo born in March 2016. However, I do learn the names of these four beauties. Lazing under the acacia tree are Nandi, Luna, Uhuru, and Laloyo.

They pretty much ignore us but it is impossible to ignore them.