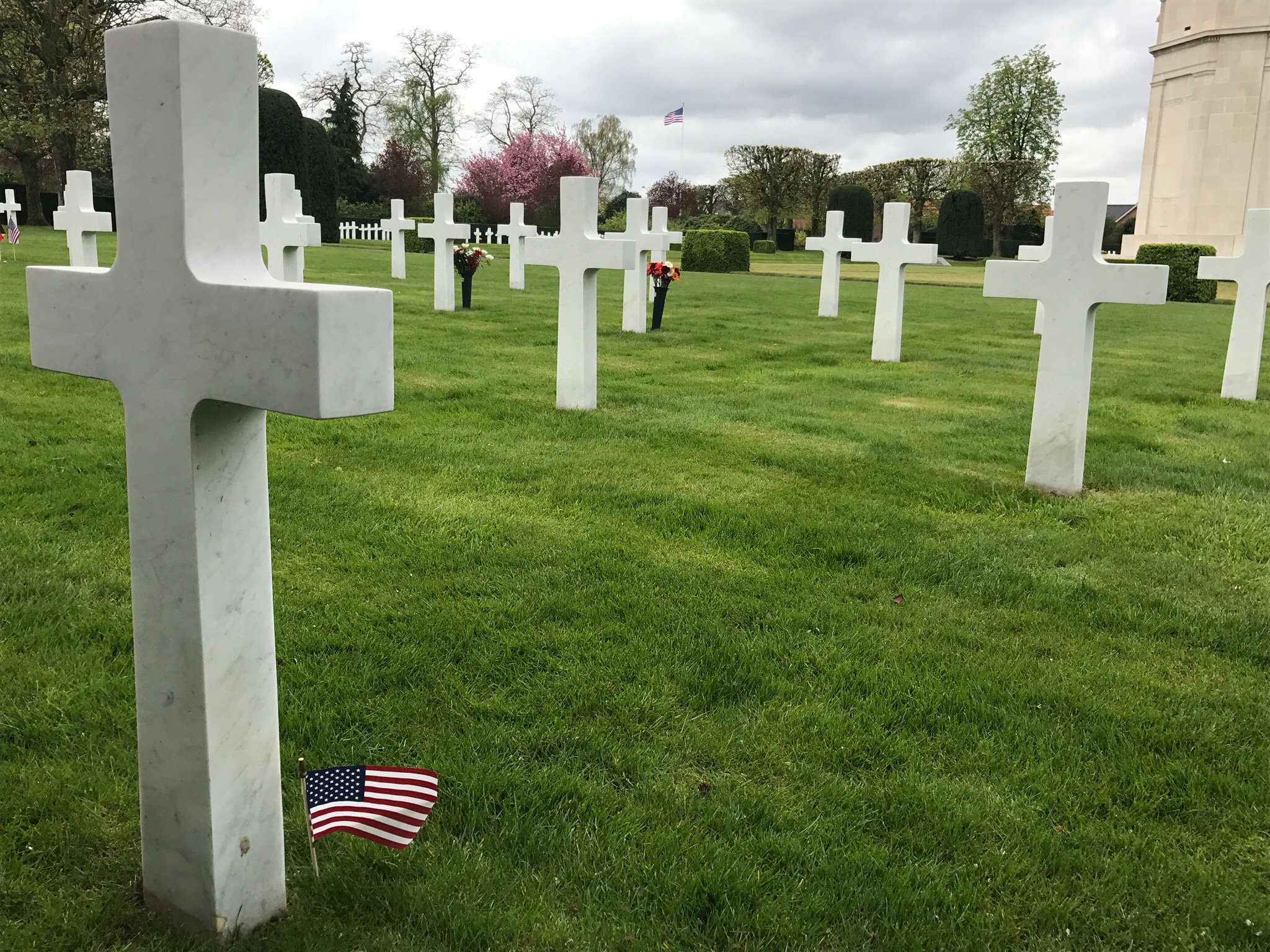 “In Flanders fields the poppies blow
Between the crosses, row on row,
That mark our place; and in the sky
The larks, still bravely singing, fly
Scarce heard amid the guns below.
We are the Dead. Short days ago
We lived, felt dawn, saw sunset glow,
Loved and were loved, and now we lie,
In Flanders fields.

Take up our quarrel with the foe:
To you from failing hands we throw
The torch; be yours to hold it high.
If ye break faith with us who die
We shall not sleep, though poppies grow
In Flanders fields.”

As a student in elementary school in the 1950s, I was expected to learn “In Flanders Fields.” Canadian physician Lieutenant-Colonel McCrae wrote it on 3 May 1915, after presiding over the funeral of friend and fellow soldier Lieutenant Alexis Helmer, who died in the Second Battle of Ypres. I don’t remember particularly relating to his words, or even poppies. After the past few days, after seeing “row on row” of soldiers who died, after walking in the trenches and “between the crosses,” this poem symbolizes so much more to me today.

Lieutenant Helmer was buried on 2 May, near where he fell at the Essex Farm British Military Cemetery, less than two miles from Menin Gate in Ieper. The grave has since been lost, but there is a memorial at the cemetery and Lieutenant Helmer is now commemorated on Panel 10 of the Menin Gate Memorial to the Missing in Ieper. He was one of the tens of thousands of soldiers honored last evening at the Last Post. 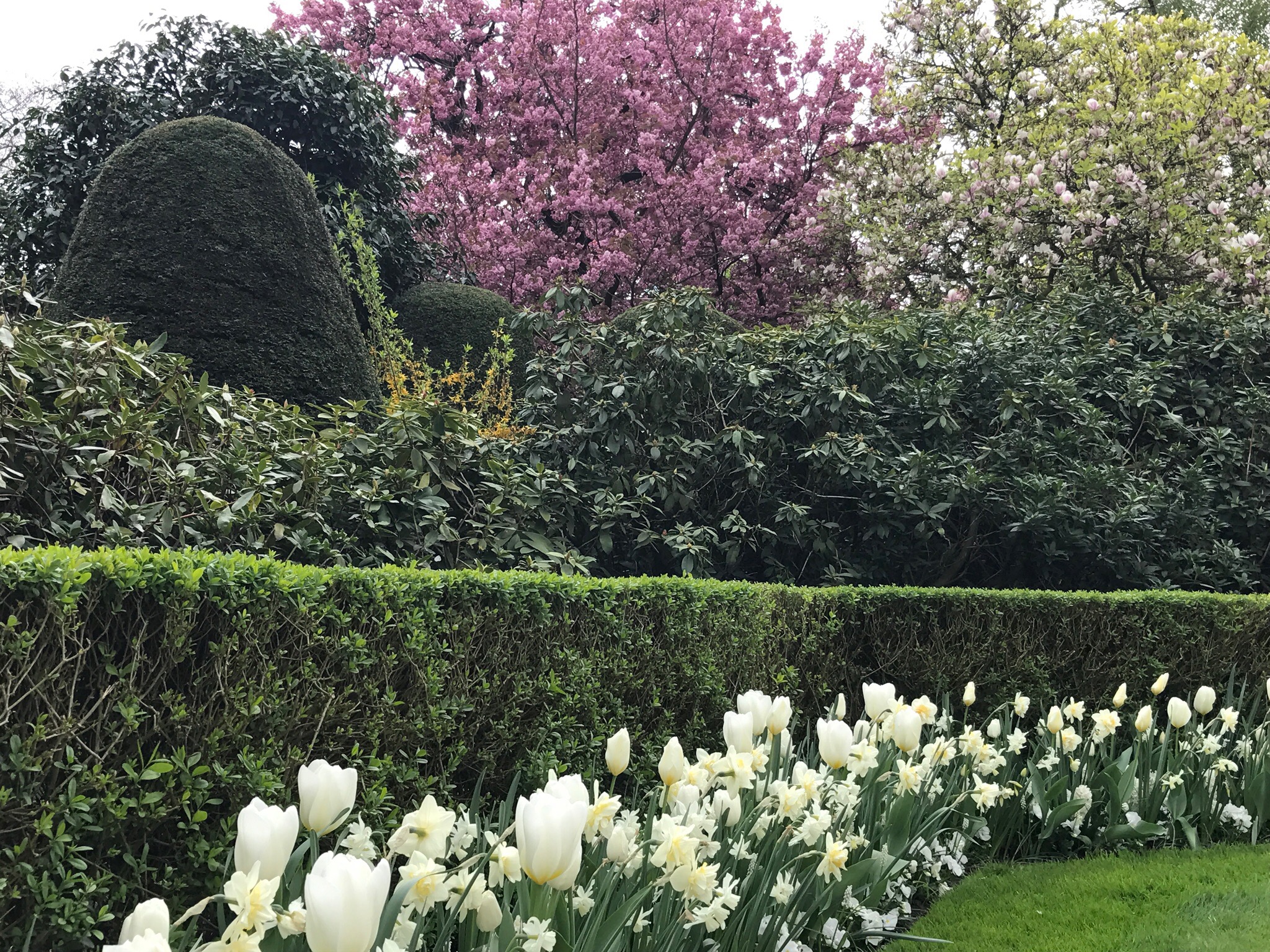 As the sun warms the chill from the air and the birds happily sing their songs, I stand among the “row on row” of crosses, among my American fallen, at the The Flanders Field American Cemetery in Waregem, Belgium, northeast of Ieper. As with every cemetery I have visited in the past week and other American Military cemeteries I have seen around the world, the grounds are immaculate. Trees and shrubbery of pinks and lavenders and whites, beds of red and white tulips and blue pansies border the lush green of lawns. I can sense the respect which is garnered upon these fallen; they need not fear that “ye break faith with us who die.” 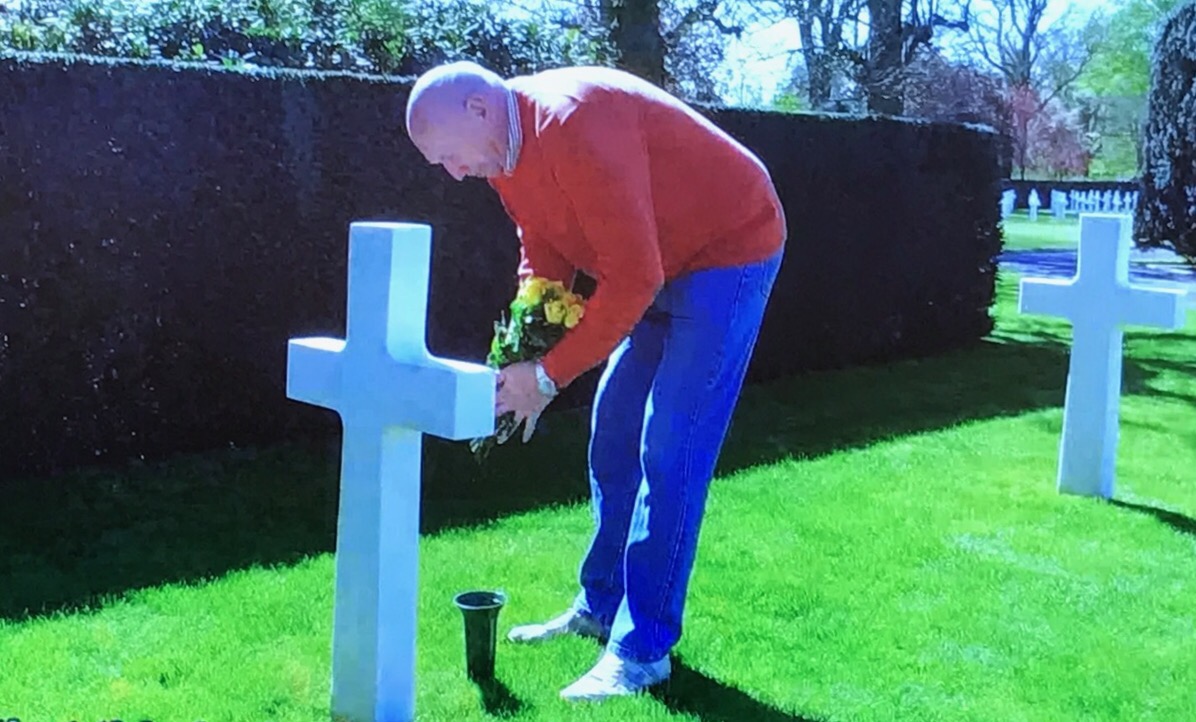 I wish I could meet the locals who loving tend to the fallen here. But I do listen to them on video. A gentleman tells me “Being a grave adopter, I give talks about WWI and the American involvement and also the stories of Stanislaw.” One local woman says she has adopted a soldier “ensuring that every soldier buried here is remembered and none has died in vain.”

A young school-age girl notes: “The soldier we adopted is Karl E. Ross. He was 23 when he died. He was killed in action in the woods behind here… and not speak German, just to speak our own language. And I find it very nice of them to do that.” One adopter explained, “I think that this is the least that we can do. Nobody forced these men to come from a foreign country to us to liberate us.”

Here, as in every cemetery I have visited, these men are not alone nor forgotten. “The torch; be yours to hold it high.”

The Western Front ran for a distance of over 450 miles from the North Sea to Switzerland. Along this Front, tens of millions of men, representing six continents and 22 countries, fought and died for the liberation of Europe (or in some cases for reasons of their own). Shockingly, over 68 million men and women were eventually mobilized for war. The total number of military and civilian casualties in World War I was more than 38 million! Over 11 million soldiers and more than 7 million civilians died.

The last to die was American soldier Henry Gunter, killed near Verdun at 10:59 a.m., one minute before the Armistice took effect on 11 November 1918. Was his life wasted? No more than the first to die, thought to be the British soldier, Private John Parr who fell, either from a German bullet or friendly fire, near the Battle of Mons (Belgium) on 21 of August 1914. Or the British civilian, Henry Hadley, sometimes said to be the first British casualty of the war, who died on 5 August after being shot by a German soldier.

Walking around this smallest (6.2 acres) of American Military cemeteries, “row on row” of crosses reflect soldiers killed in the last days of conflict. “Here rests in honored glory an American soldier known but to God.” And “in the sky The larks, still bravely singing, fly.”

The lesson I missed while memorizing “In Flanders Fields” as a child was that World War One was, sadly, not “the war to end all wars.” Nor was it “The Great War.” It was WAR. It was grey, cratered hills, blasted forests, treeless no man’s land, mud, new weapons designed for mass murder, directionless bombs bursting in air, poison gas, miles of barren fields, muddy trenches, horrible maiming injuries and death. The lush lawns and pristine cemeteries with their perfectly aligned markers are deceiving.

It is how these men arrived here that must be remembered.

“If ye break faith with us who die
We shall not sleep, though poppies grow
In Flanders fields.”

One century ago, hostilities formally ended “at the 11th hour of the 11th day of the 11th month” in 1918. Remembrance Day for the British, Armistice Day for the French, and in the United States Veteran’s Day, is observed on 11 November.

“Short days ago
We lived, felt dawn, saw sunset glow,
Loved and were loved, and now we lie,
In Flanders fields.”