Bucharest on a Monday Evening

“What are you all going to do for excitement without me around here?  It’s going to be as boring as Bucharest on a Monday night.” – Count Dracula 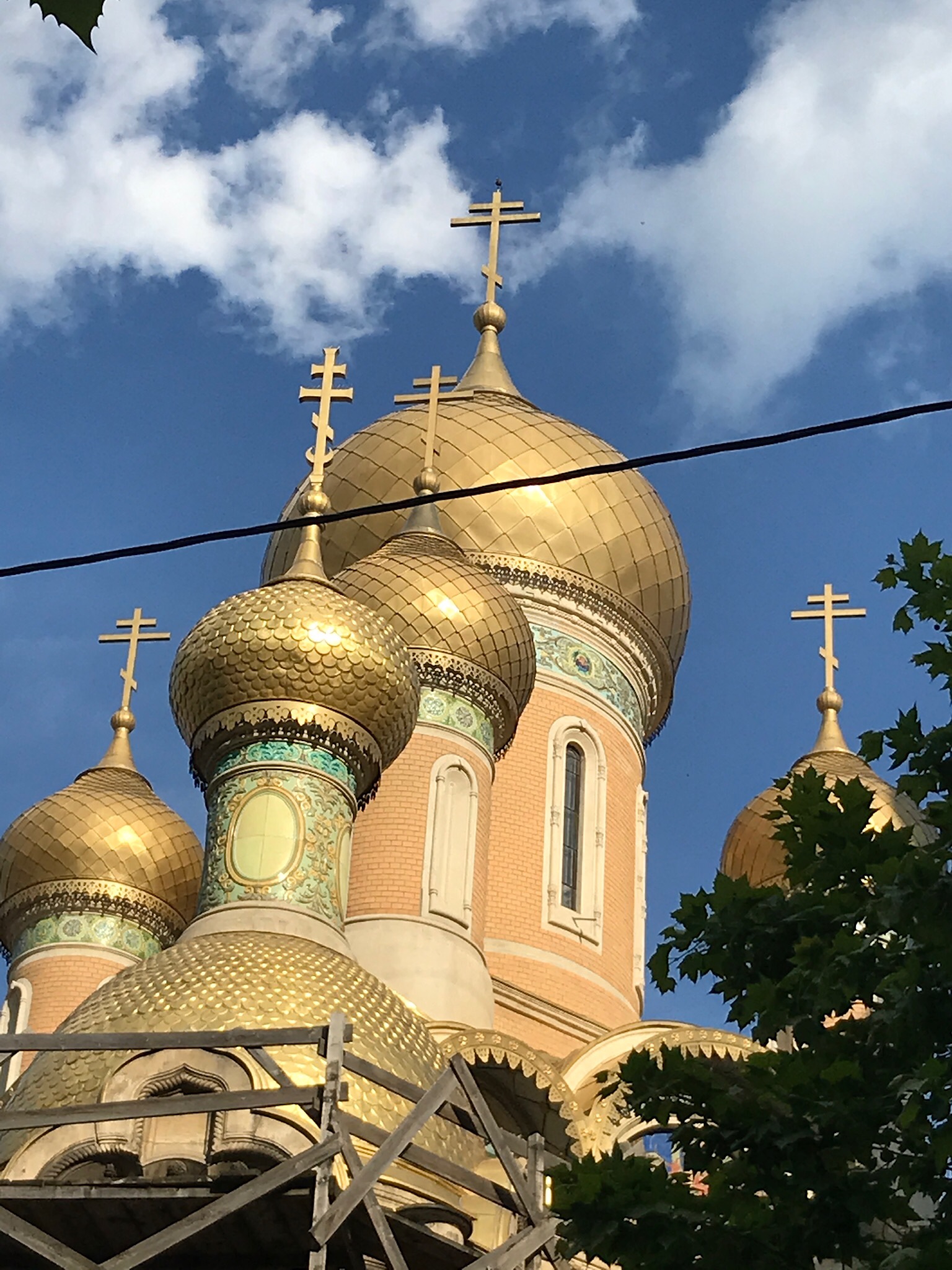 My cousin Pam and I arrive at our hotel in Old Town Bucharest and are eager to see if old Drac was correct. Though I am meeting a tour in a few days, there are things I want to see and enjoy on my own. Tours do not cater to the individual but to the masses. There are churches, architecture, fountains, museums, and cafes along cobbled stone streets of historic Lipscani to explore.

Though the communist tried to suppress the practice of religion and destroyed many churches, there remains a neighborhood church around every corner. Romanians, long denied religious freedoms, practice their faith and churches are busy with weddings, christenings, and services. Some churches are beautifully restored while others still reflect the neglect of the communist era. All Orthodox churches are worth a few minutes stop to admire their frescoes.

I would be hard pressed to pick a favorite but if I had to choose it would be a church dedicated to St. Nicholas or St. Nicolae. There are at least four found in Bucharest. 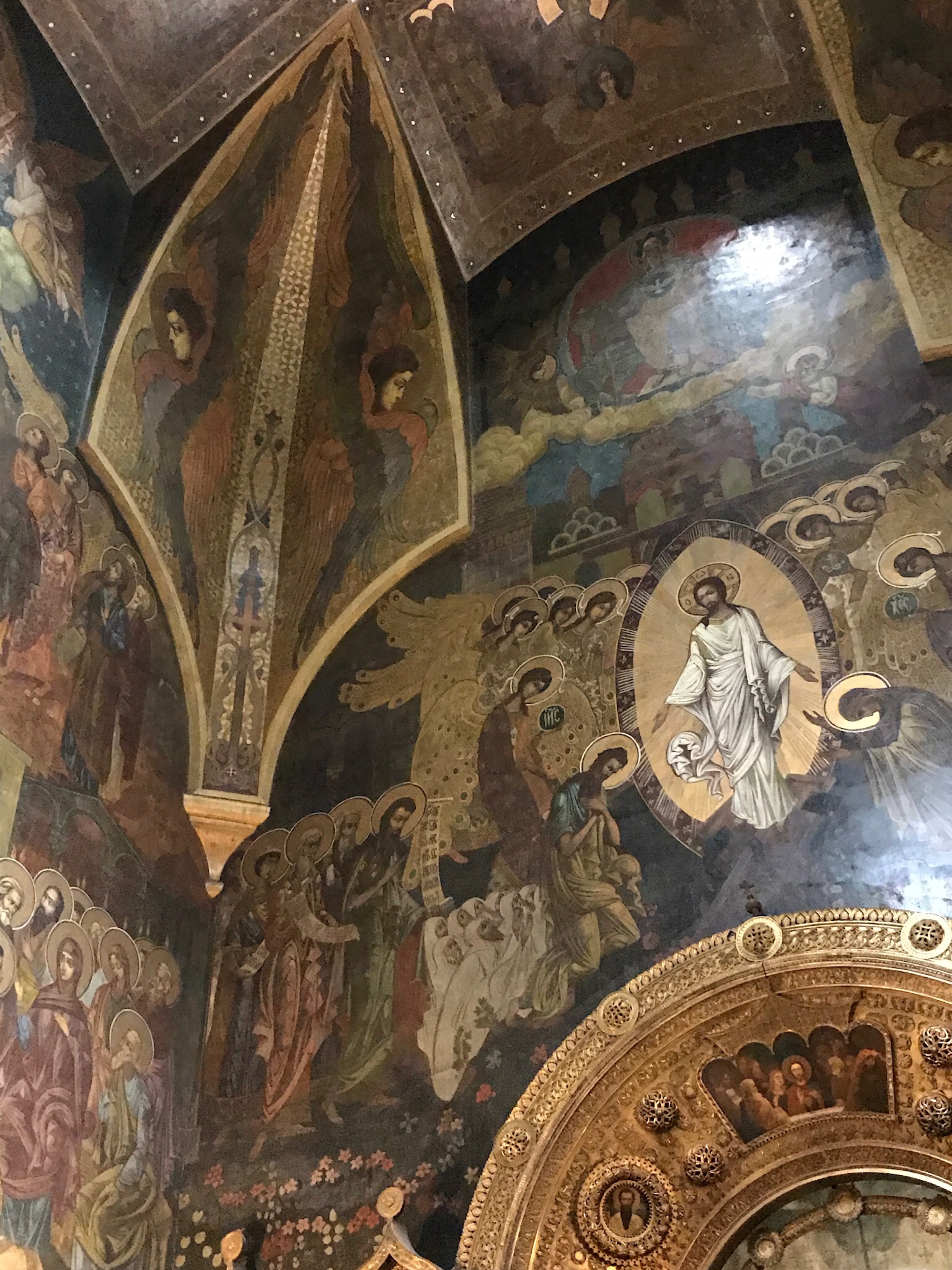 St. Nicholas Built-in-a-Day is named for St. Nicholas, the same saint many in the world think as the precursor for Santa Claus. Saint Nicholas, who died in 343, was recognized as a saint long before the Roman Catholic Church began regularizing canonization procedures in the late 10th century. Orthodox Christians have their own standards for recognizing and commemorating saints and St. Nicholas remains a very popular one. This church exterior is simple but the frescoes are beautiful.

St. Nicholas Church is of simple construction with dual towers. The church was built in the 1880s as a private chapel for Romania’s king and queen, who have special seats opposite the iconostasis. The church’s 18th century icon is said to have magical healing powers.

Biserica Sfântul Nicolae Șelari is another small but beautiful church in Old Town. Distances between these little gems are not far and it is clear that these small churches serve the neighborhood locals. This St. Nicholas is a Russian Orthodox church located off University Square. Russian Ambassador Mikhail Giers started building the church in 1905 and it was paid for by Tsar Nicholas II of Russia. It is a brick and stone structure built in the Russian Revival style. The entire church is little more than 3700 sq. ft. and is topped by seven onion domes which were initially covered in gold. Inside, the iconostasis is a masterpiece. Carved in wood then covered in gold, it is surrounded by vibrant murals. The church has many times changed hands between the Russians and Romanians and is has been Romanian Orthodox since 1957. It is just not a church one should miss in Bucharest. 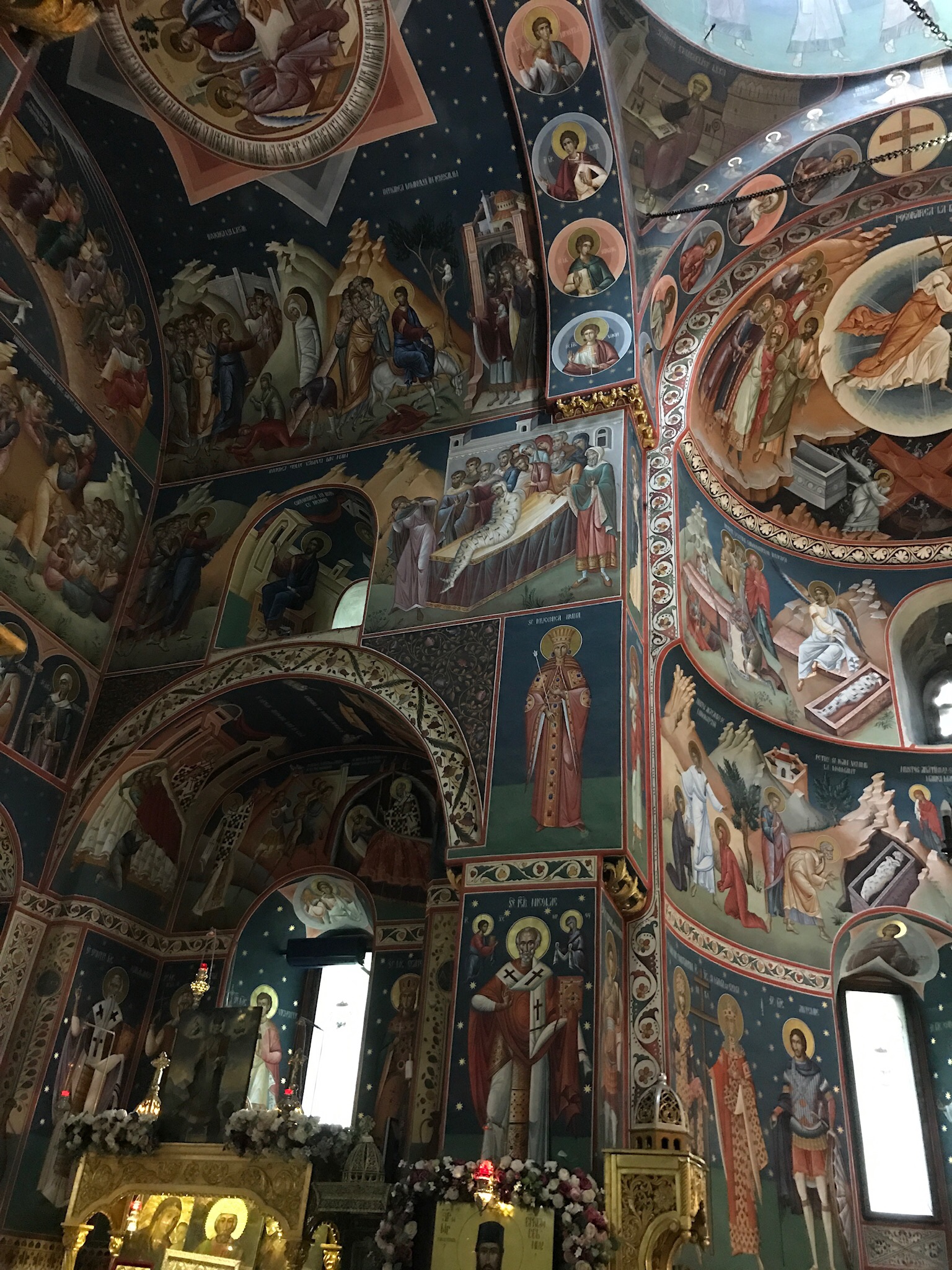 New St. George Church or Biserica Sfântul Gheorghe Nou is surrounded by peaceful gardens and the Monument Kilometer Zero, a simple circular bronze sculpture which marks the distances from this spot to historical cities of Romania (about 100 miles to Bran Castle). Historically such markers were placed around the world for people to know how far one had to travel. This one dates from 1938 so no help to Vlad Tepes during his reign.

New St. George is of the Brâncovenesc style and the largest of the churches built in Bucharest during the reign of Constantin Brancoveanu in 1707. It was unique, having been designed by an Italian, and decorated by Romanian artisans. Damaged in a fire in 1847, the church was renovated in 1852 when outstanding frescoes were added. The last renovations were finished in 2014, when Brancoveanu was made a saint. Once buried underneath the church, Brancoveanu’s remains are now found on display inside. The interior is vibrant and amazing. Every inch is painted and gold-gilt. The decorative, swirling columns of marble, carved with loving detail, are unique. From dome to floor, this church is a masterpiece.

Next to the old palace of Vlad the Impaler (under restoration) is the beautiful Biserica Sfântul Anton, a little church with amazing architectural detailing and a serene, simple interior. Simple is relative when it comes to Eastern Orthodox churches. The church is like walking into an art museum where everything around you is carved, painted, and gilded. The beautifully carved and gold gilt iconostasis is superb. In Eastern Christianity an iconostasis is a wall of icons and religious paintings, separating the main body of the church from the sanctuary where only the priest is allowed. Iconostasis also refers to a portable icon stand that can be placed anywhere within a church. Most often, worshippers stand during what can be a very long service. An Eastern Orthodox church tends to be a work of art. 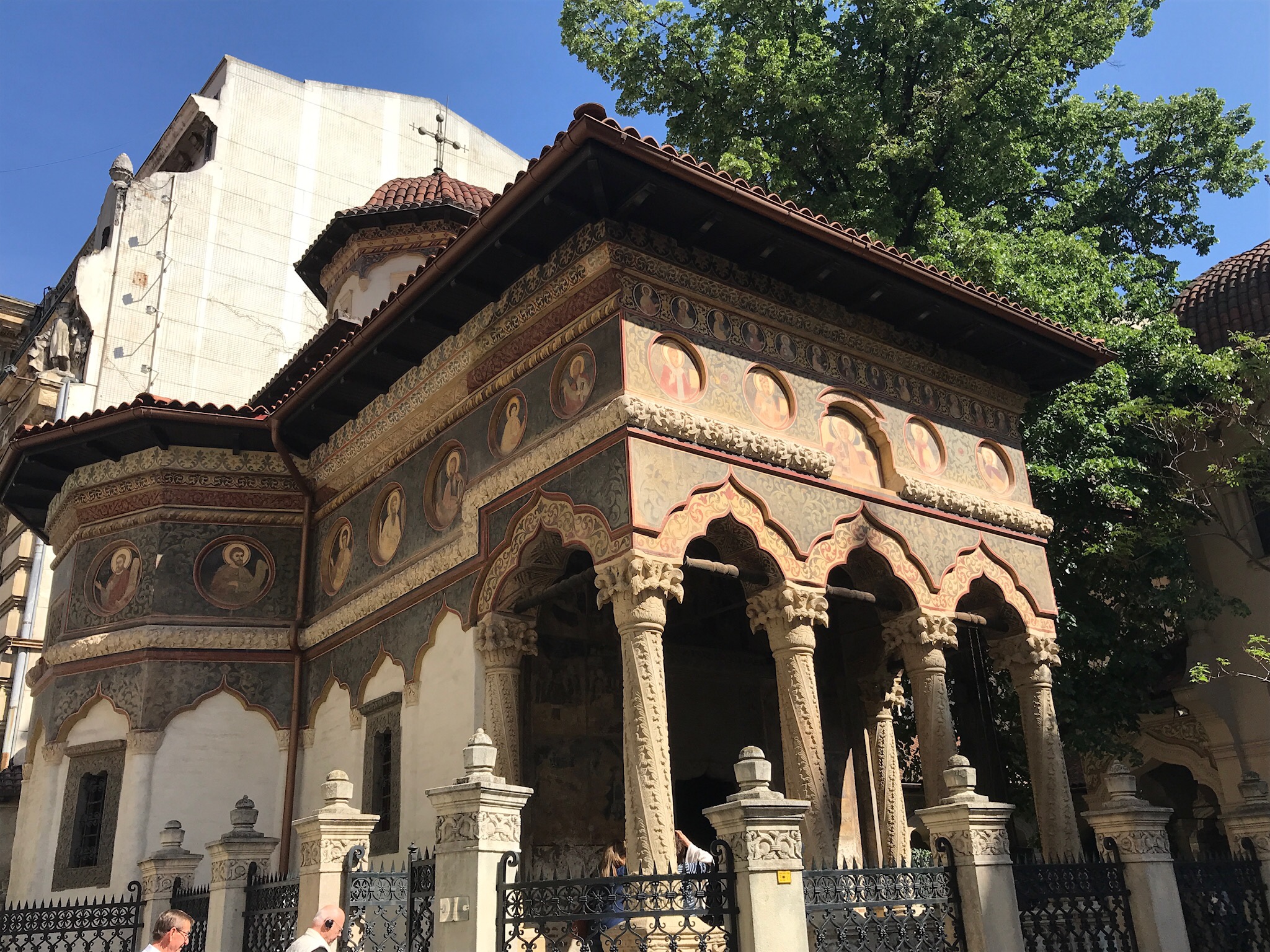 Then there is the wonderful Stavropoleos Monastery Church, a small but ornate monastery for nuns. It was built in the Brâncovenesc style, also known as Wallachian Renaissance and Romanian Renaissance. This architectural style was born during the time of Prince Brâncoveanu of Wallachia in the late 17th century. Brâncovenesc is a combination of Byzantinem Ottoman, late Renaissance and Baroque architecture. One might think, “Really?” But this unique mix of Romanian Orthodox styles joining with the Islamic architecture of the Ottoman Empire, of which Wallachia was then a vassal state, results in a very pleasing façade. And that is where the influence ends, for where Islam avoids all icons and images, Orthodox churches offer just the opposite.

Stavropoleos’s chapel and cloister are absolutely stunning. Of particular beauty are the entry doors and interior mosaics. Stavropoleos dates from 1724 even though partly rebuilt in the early 1900s after earthquake damage caused the dome to collapse. The Prince of Wallachia who ordered the church built is buried within. Walls are covered with religious scenes and saints. I never miss the opportunity to look up; up gives an unsurpassed view of the wonderful painted dome and iron chandeliers.

All that remains from the original monastery is the church, alongside a building from the beginning of the 20th century which shelters a library containing a large number of priceless books and manuscripts, a collection of old (early 18th century) icons and ecclesiastical objects, and parts of wall paintings recovered from churches demolished during the communist era. 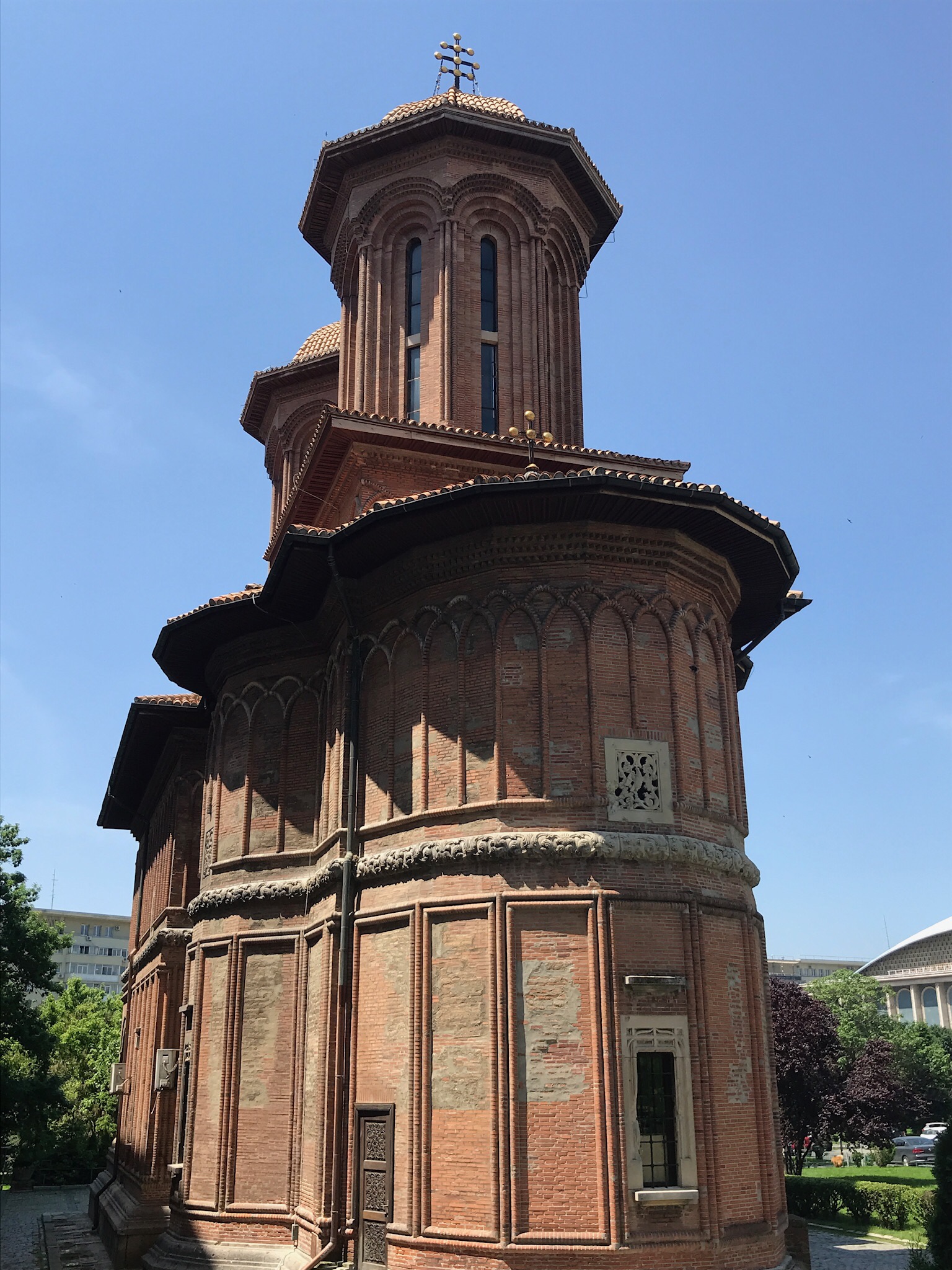 Across from Revolution Square, within sight of the old palace and the Communist’s police station and prison, is Biserica Kretzulescu, a red-brick Orthodox church with the typical bell tower and dome. Originally built in the Brâncovenesc style in 1720, it has been renovated several times. The church has survived two earthquakes and the communists. The current façade is of brick. The frescoes decorating the portico date from the original church. The interior frescoes came in the mid-1800s. Not to disappoint, the interior with its tall arches, all hand painted, iconostasis, chandeliers and dome are breathtaking. 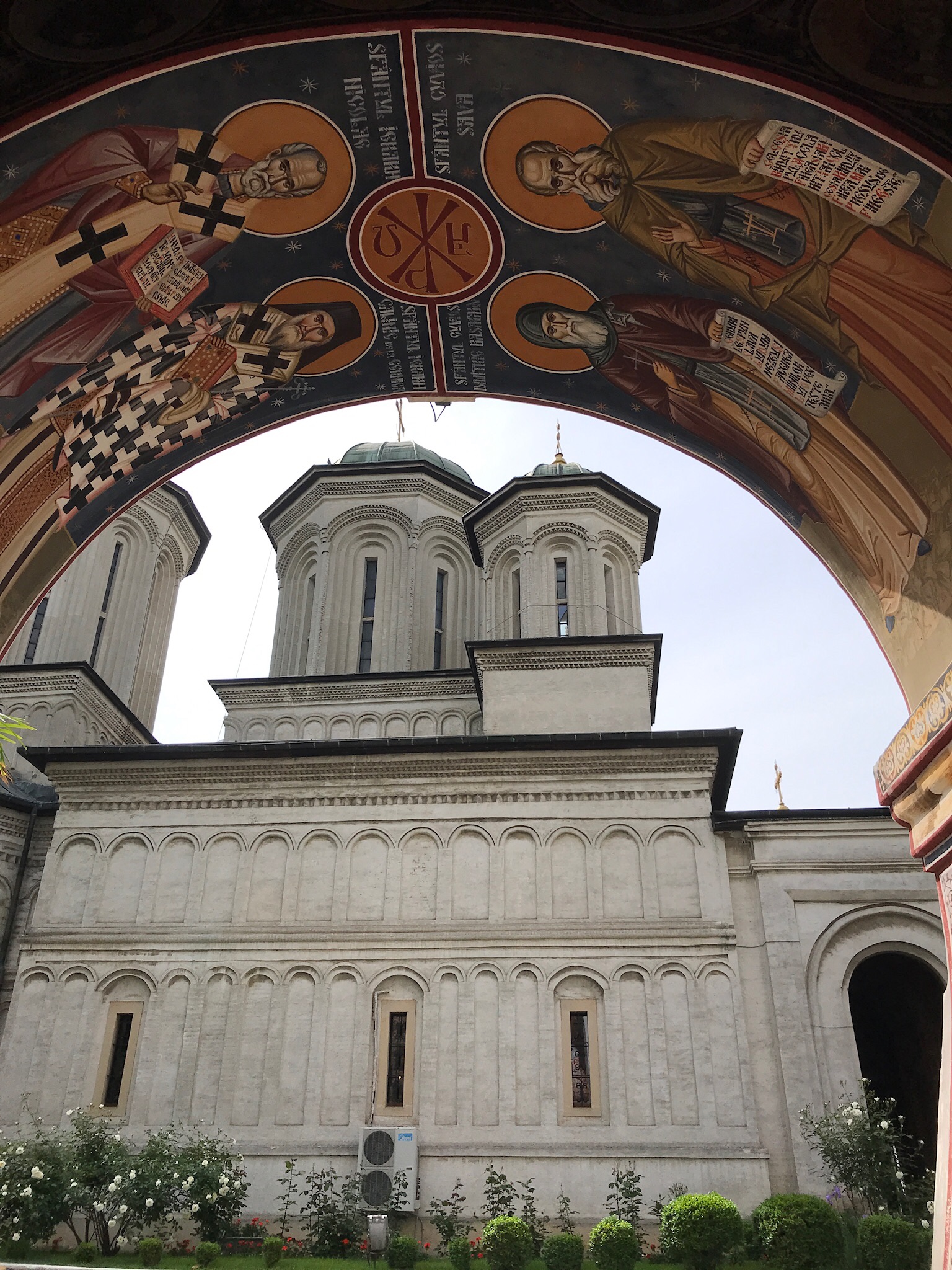 Visiting Radu Voda Monastery is probably more churches than a person can handle in a short time but I am continually drawn to the artistic beauty of Orthodox churches. The Radu Voda, or Holy Trinity, is larger than most churches in Bucharest and has a fascinating history. Because of its higher location overlooking the Dâmbovita River, a little tributary off the Danube, this area was inhabited starting as early as the Paleolithic Era (estimated between 1,000,000 and 10,000 BC). It was the site of the oldest known settlement in Romania with uninterrupted settlements for thousands of years. 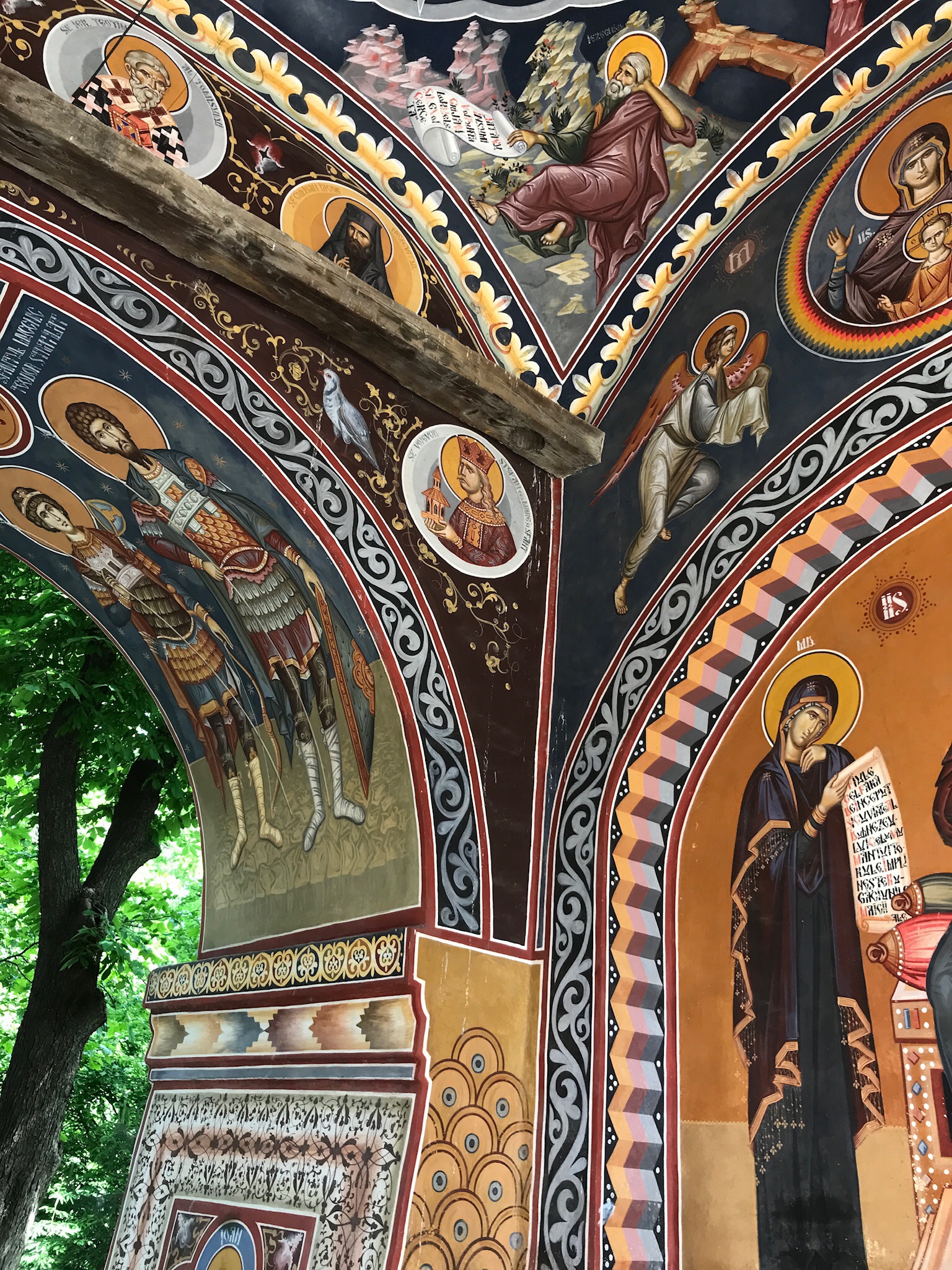 The monastery itself was founded in 1568 and there isn’t an inch not covered in recently renovated murals, including the unique arched entry below the bell tower. The bell tower also contains a wooden barrel of blessed water for the visitor’s water bottle. The church’s portico and interior is equally stunning as is the massive silver iconostasis. Pillars, belfry, and vibrant painted iconography covers the walls. 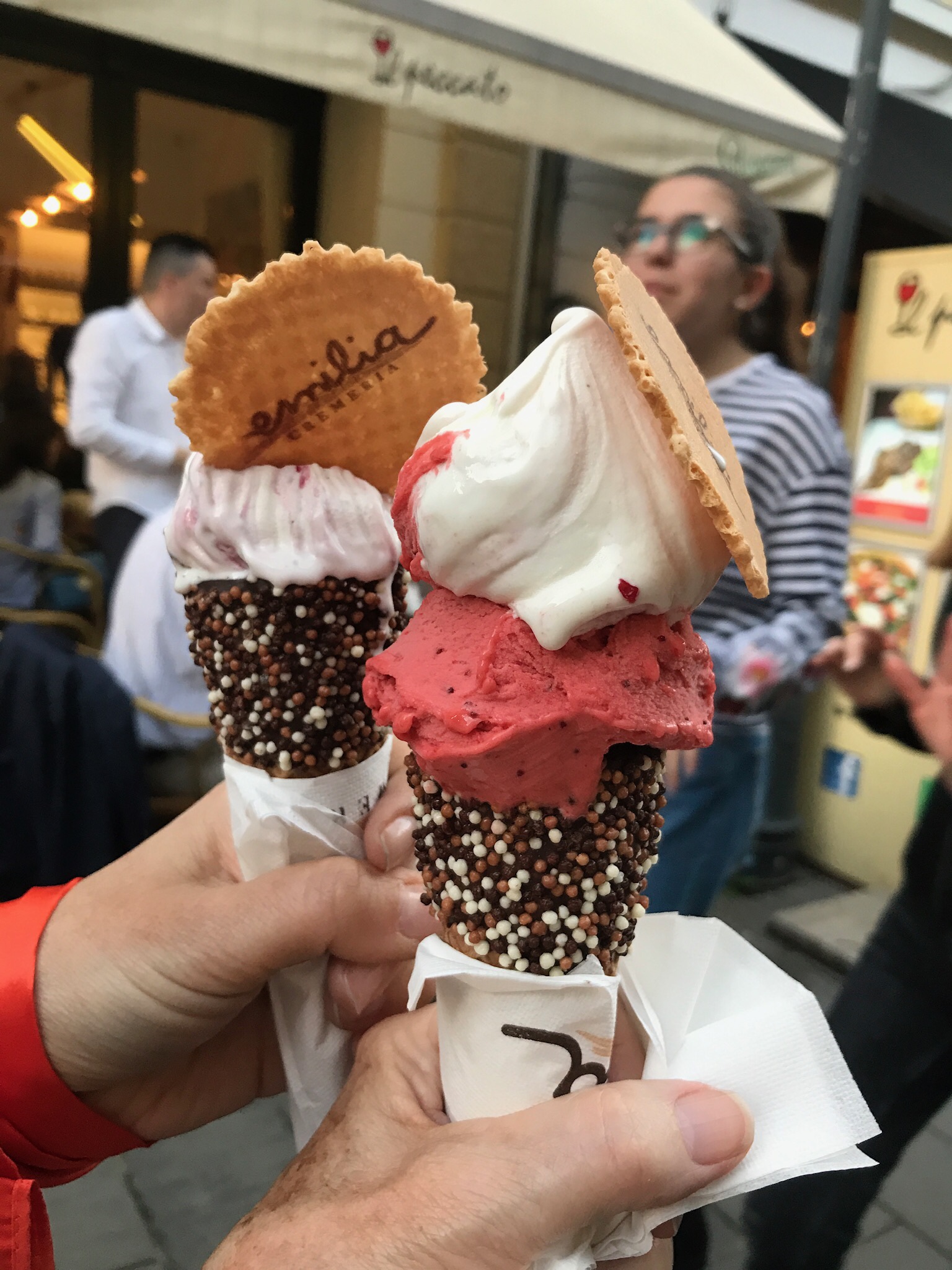 One of my favorite pastimes is strolling the narrow, cobbled streets of any historic old town in the world. Lipscani, the Old Town District of Bucharest, is no different. Lipscani has an energetic nightlife and scores of noisy pubs – just the thing for the end of the day. As I have oft said, woman cannot live by churches alone, even in Bucharest.