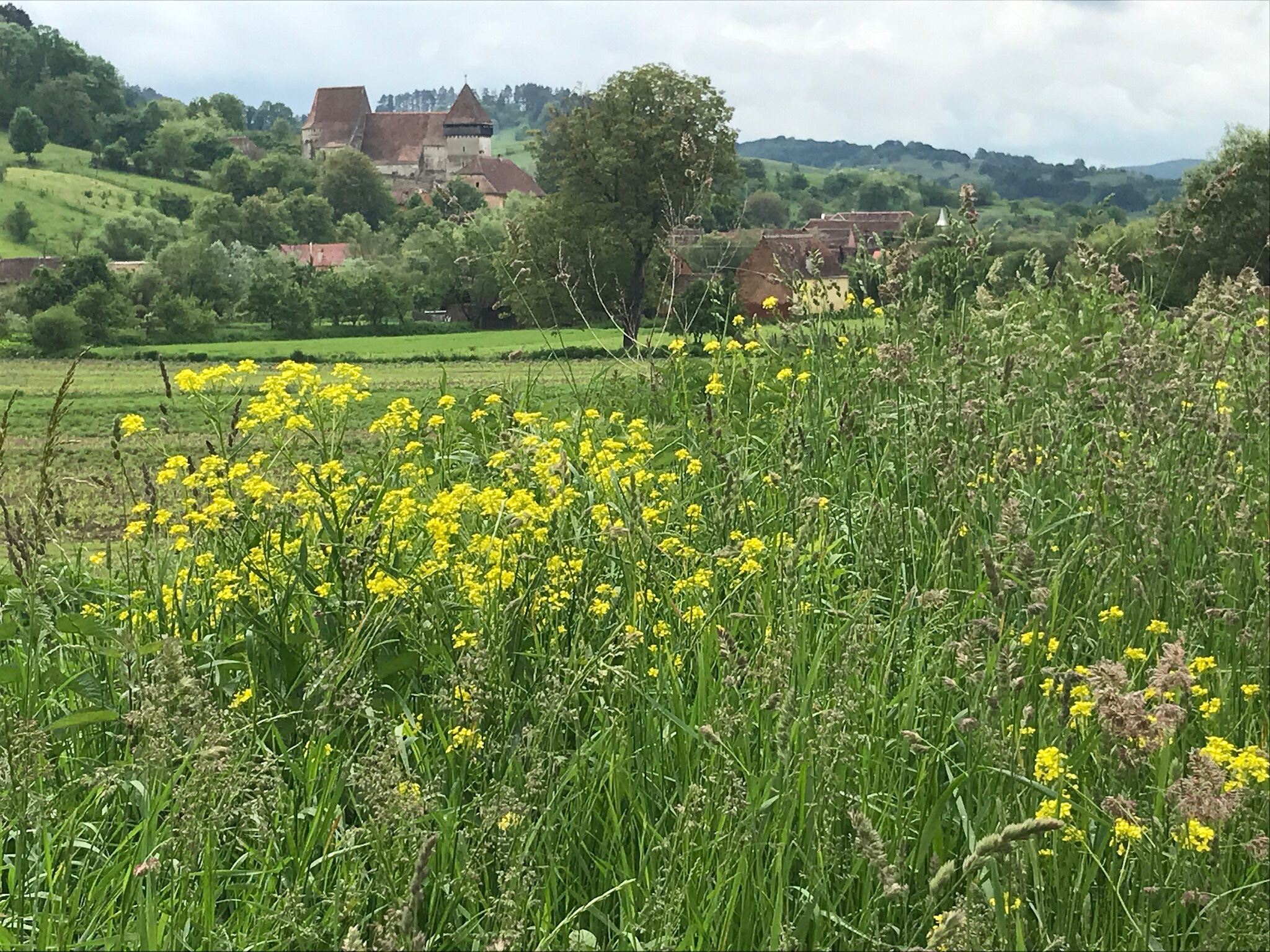 This region of Transylvania is a national treasure. The landscape of oaks, beech, conifers and alpine grasslands is stunning. The villages architectural masterworks of colors and simplicity. The cultural heritage unique and of historical importance. Within its borders are at least 130 fortified churches to explore. It is a corner of Europe as yet unspoiled; wisely  there are those hoping to keep it that way. It is unbelievable that these villages we visit were once on dictator Nicolae Ceaușescu’s “Black List” to be destroyed. What a vainglorious f&#*ing idiot he was.

We motor southeast into the Carpathians to explore more Saxon heritage sites. First stop is Biertan where Saxons built a fortiﬁed church in the 15th century. Fewer than 50 Saxons remain, but their fortified church stands. The countryside continues to be spectacular. 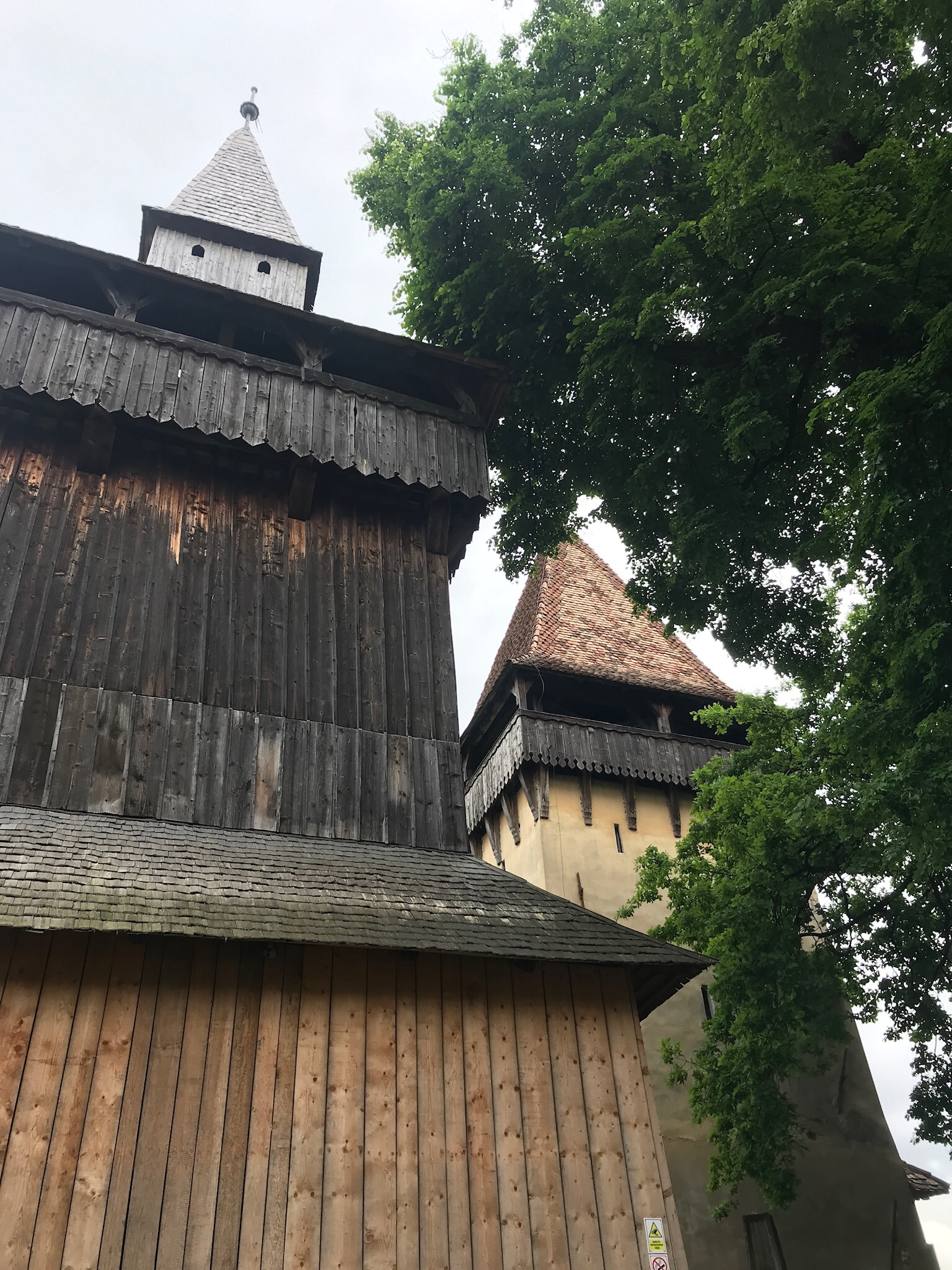 Briefly, Saxons were invited to this region by the King of Hungary beginning in the 13th century. Industrious Germans were a perfect buffer against invading mongol hoards. Many fled the Russians as World War Two reached a climax. Remaining Germans were unwanted by Dictator Ceaușescu, who bartered the sale of many to Germany after the war. The remaining were trapped until the fall of the communists in 1989. When the Wall fell, Germans, having had their property and rights taken away, exited Transylvania in mass. This exodus had a negative effect on the region which is still felt today.

Perched atop a hill above the green terraces (lush vineyards until the 1930s) and village of Biertan is an impressive medieval stronghold and Fortified Church. The fortified churches are evangelical, one of 18 officially recognized religious denominations in Romania where freedom of religion was recognized as early as 1471. The seat of the leadership of the evangelical church remained here in Biertan for 200 years.

Three tiers of 35-foot-high defensive walls, connected by towers and gates, encircle the church making it impossible to conquer during medieval times. Numerous towers surround the church, including a Clock Tower, Bell Tower, Gate Tower and Bacon Tower. Within the grounds is the Prison Tower – which once served marital counseling purposes: 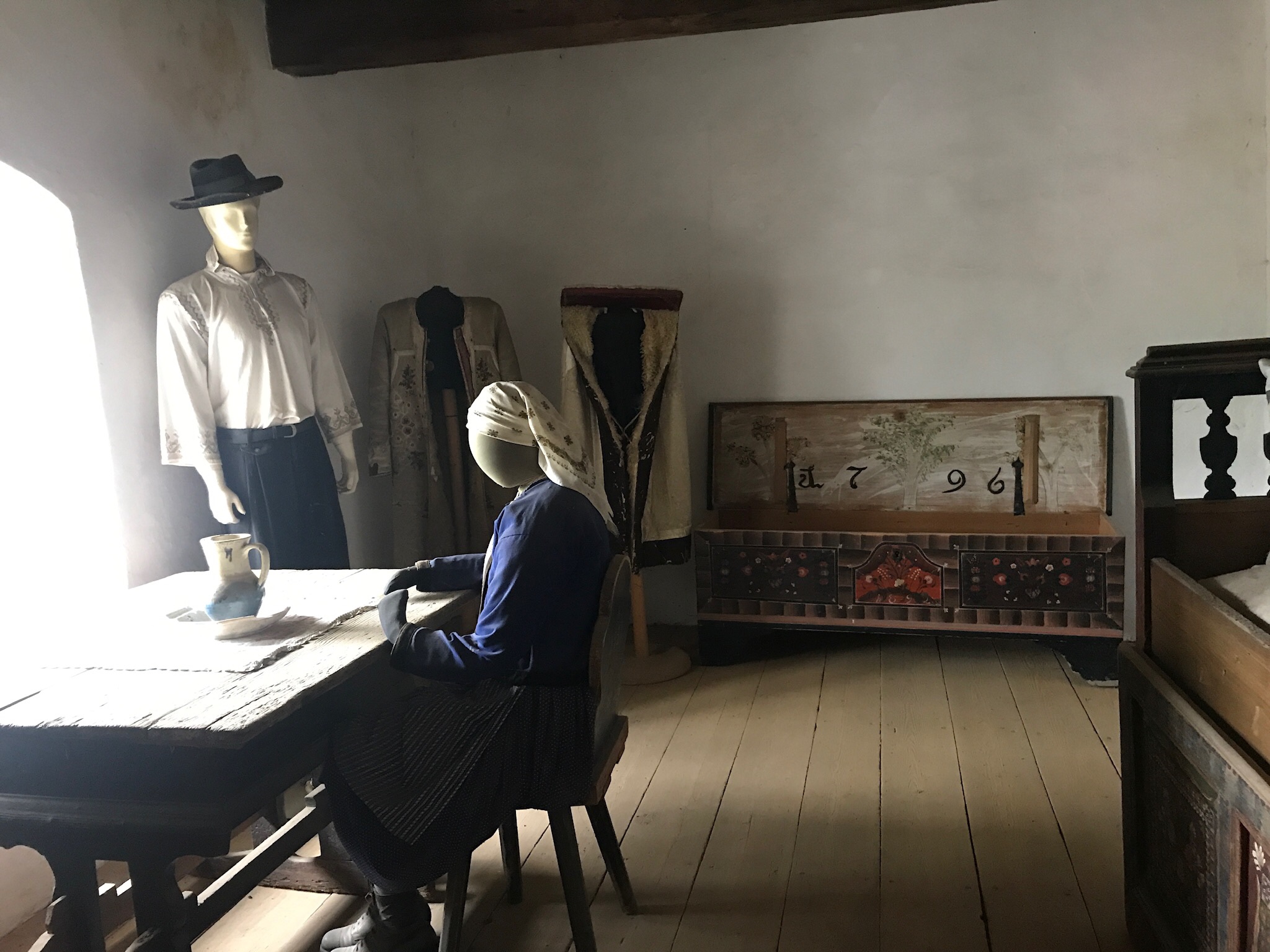 “Couples seeking divorce were locked in the Prison Tower for two weeks. Sharing one set of cutlery and one bed, the couple had to make their final decision. In 400 years, only one couple decided afterwards to go through with the divorce!” 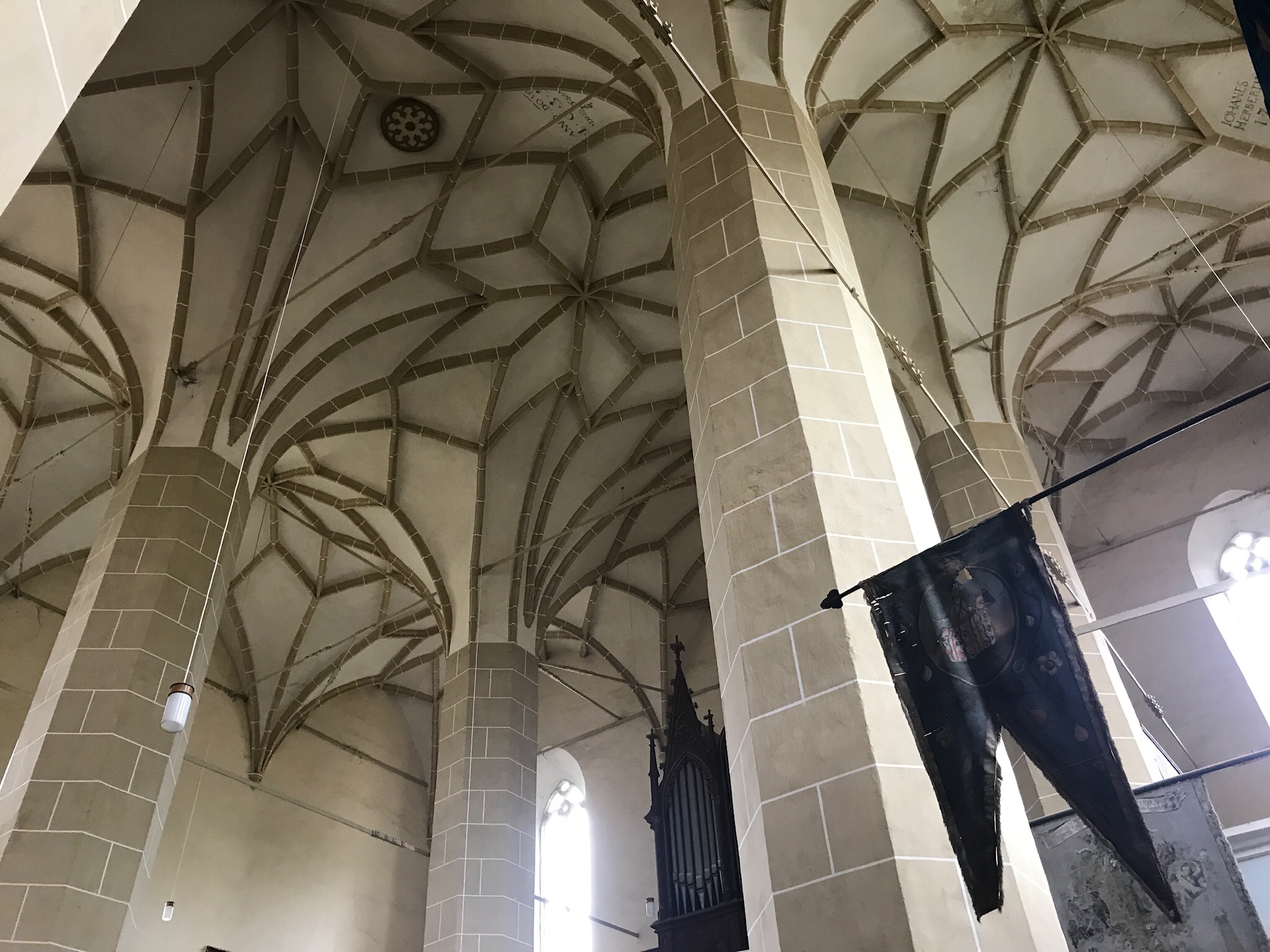 The church architecture is late-gothic with heavy doors and double exterior walls and features a huge 28-panel wooden altar built late 1400s in Vienna and Nurenberg, Germany. The church is festooned with the ancient flags of the important and powerful guilds of the city. The unique wooden door which once protected the treasures in the sacristy is a marvel of engineering and has an ingenious locking mechanism with 15 bolts that once could be simultaneously activated by one key. The church’s organ features some 1,290 pipes, as well as 25 registers, and was built in 1869 in Vienna. 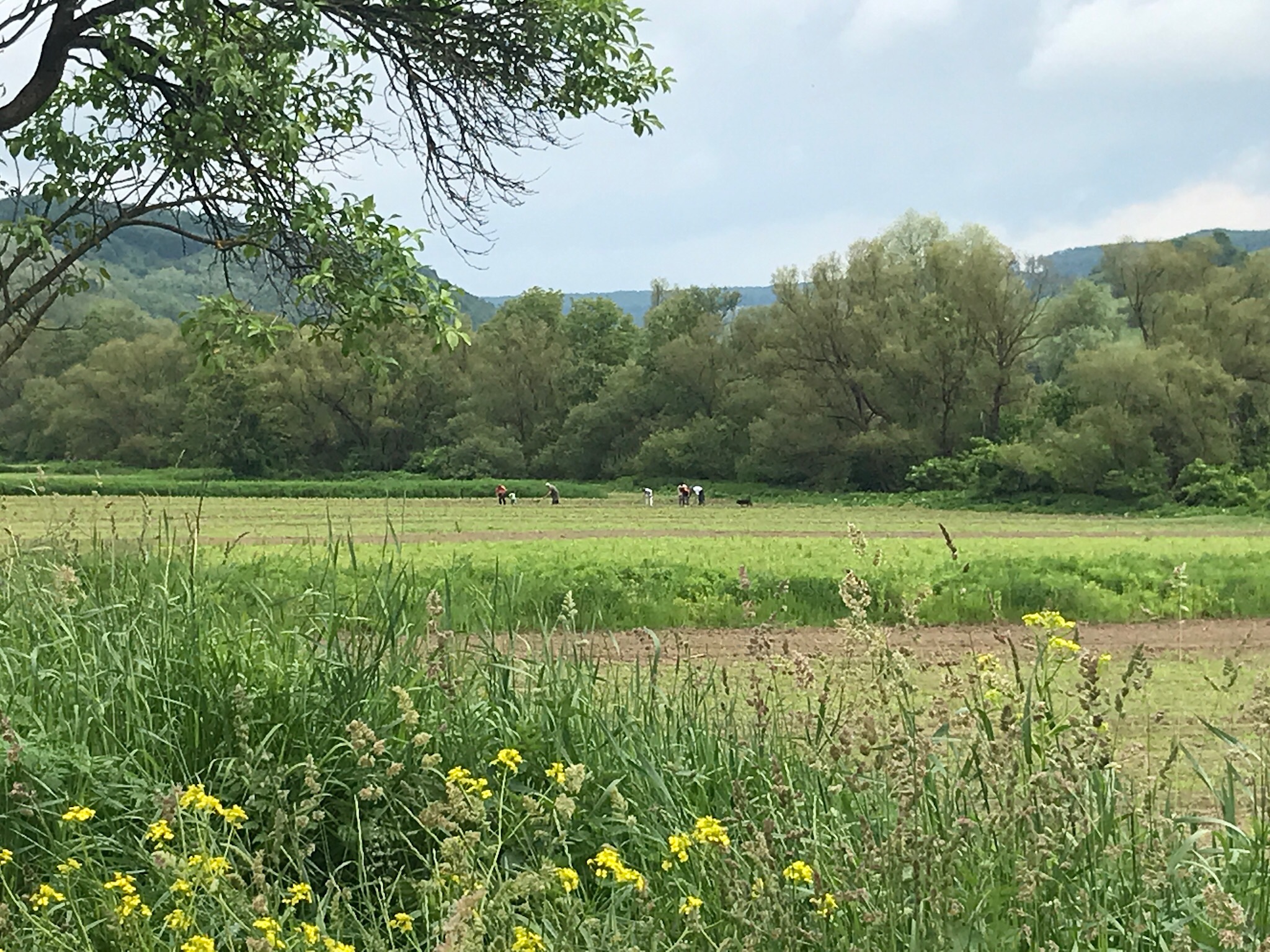 Before leaving the area, we drive down a small dirt road to the village of Corsa Mare. Few if any tourists venture down this road nor enter this village. Their fortified church stands in need of restoration and the money to do so. All the Saxons are gone; it now is a village of Romanians. But village life remains solid, fields are sown, houses are cared for and streets clean. There are scores of similar roads throughout Transylvania with similar villages and their historic fortified churches.

We motor to Sighisoara for possibly the most beautiful and well-preserved medieval Saxon citadel. It was the only citadel purposefully built as an entire city on a hill. This fortified city is one of the few that remains inhabited, retaining much of its authentic medieval architecture, and is another of the 25 UNESCO World Heritage Sites within Romania. 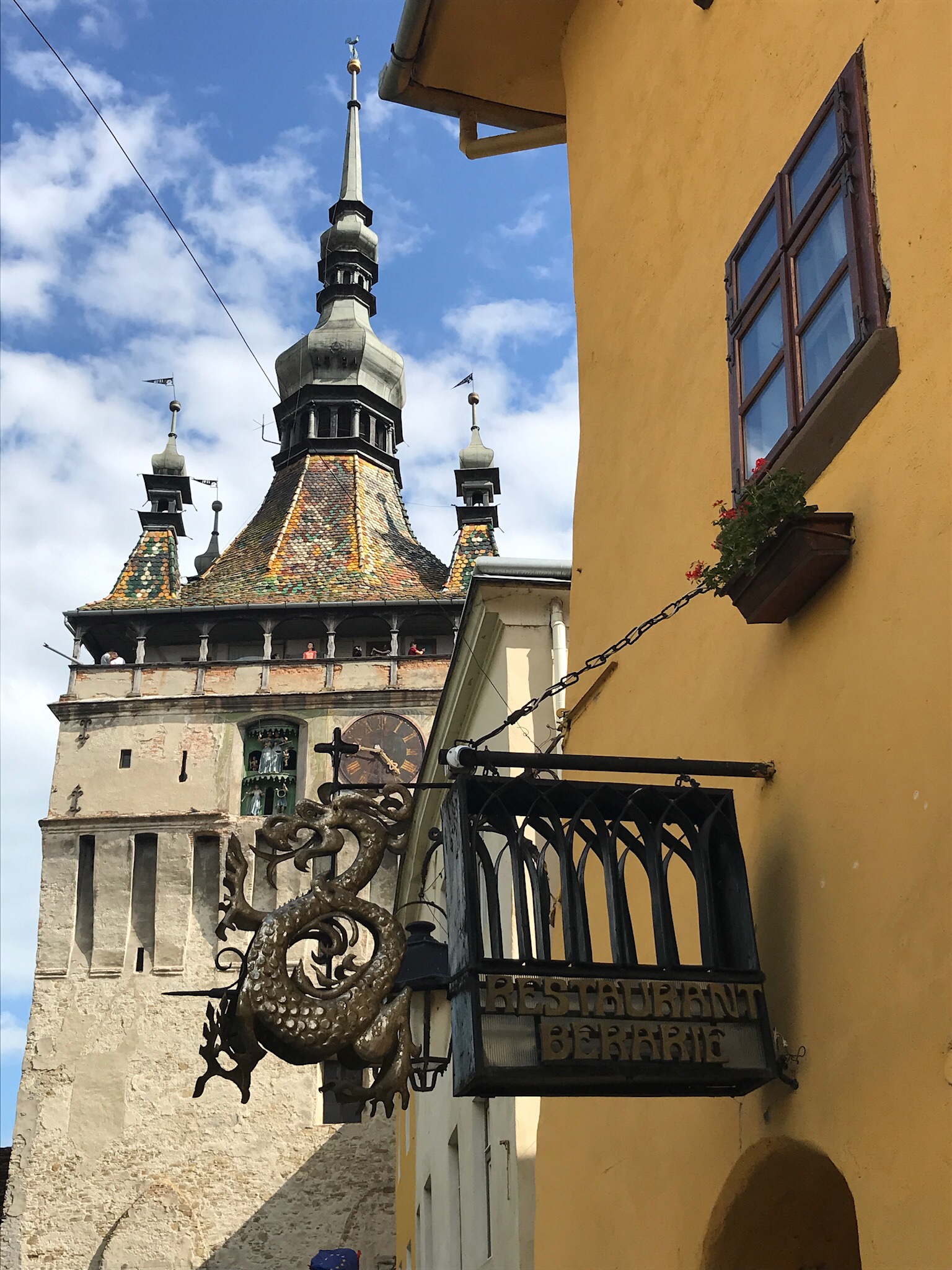 Sighisoara has a history dating back to the late 1100s at a time when the Hungarian king begged the Saxons to move to this part of the world in order to help defend his borders. German craftsmen and artisans were happy to oblige and the result of their hard work and artistic endeavors is a city of narrow and winding cobblestone streets, colorful buildings, and a pedestrian-friendly Old Town. Sighisoara is lovely.

By 1337, Sighișoara had become a favorite destination for the kings. German craftsmen dominated the economy and built fortifications. It is estimated that during the 16th and 17th centuries Sighișoara had as many as 15 guilds. The city continued to play an important strategic and commercial role at the edges of Central Europe for several centuries. 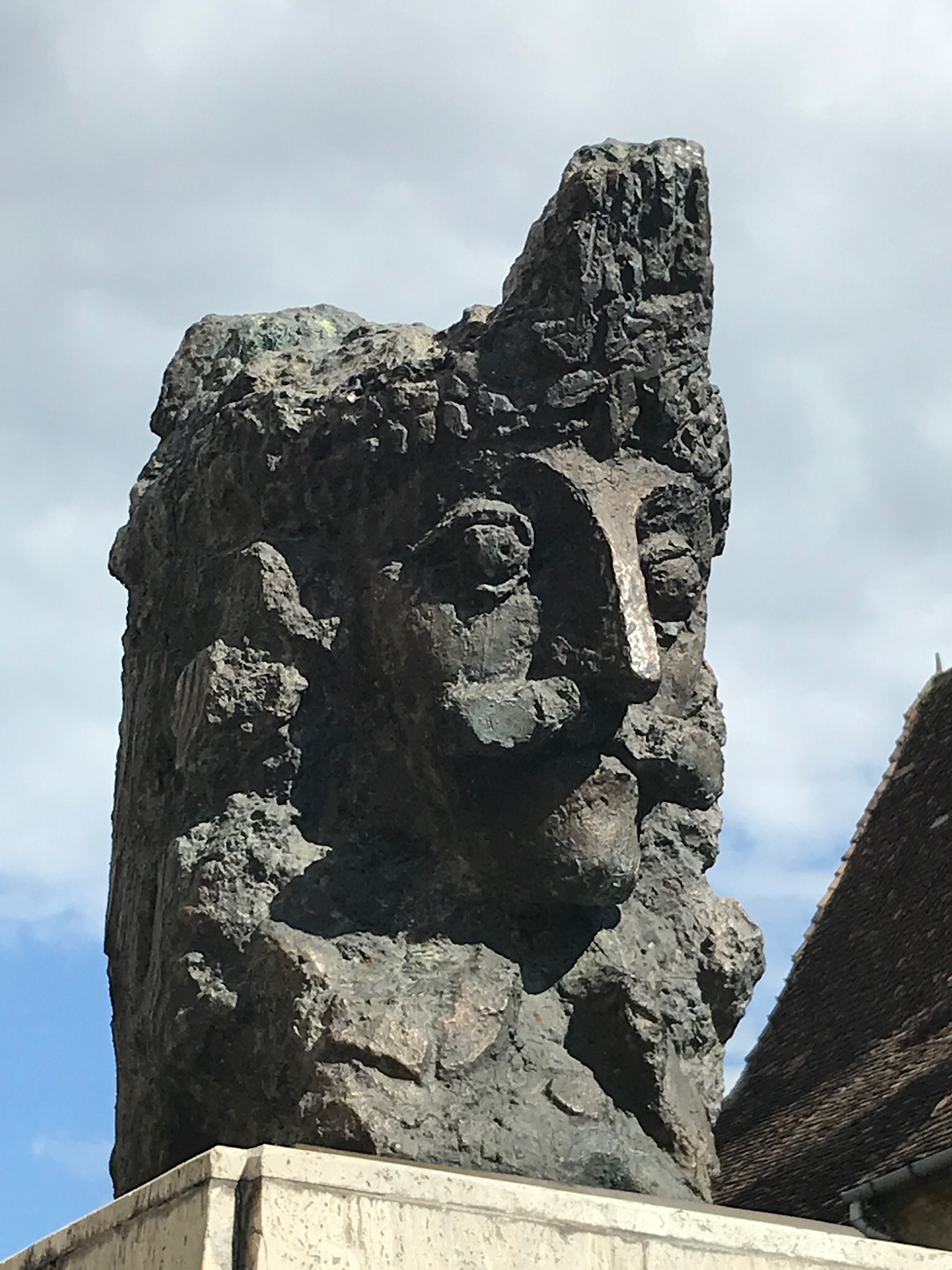 The city was also home to the exiled Wallachian prince Vlad Dracul, the father of his more infamous son, Vlad Tepes III the Impaler. Vlad Sr. fled his own principality of Wallancia after suffering defeat in battle and came to Sighișoara asking for safe harbor while he amassed more support and arms. He was given permission to stay by the Prince of Transylvania. What was to be a short stopover lingered into over four years. Vlad Sr. enjoyed a wonderful town and legend has it his son Vlad was born here. His house still stands and is now a pub where Dracula cultists can toast the “vampire.” Thankfully, the construction of a proposed Dracula Theme Park was soundly defeated by the locals.

Atop Citadel Hill stands a 200-foot clock tower watching over the main gate to the city. This 14th-century building contains old documents, weapons, coins and glass icons. One person who minted coins was Vlad Dracul. Also on the hill is a Gothic cathedral with strange stone sculptures on the buttresses. We climb the wooden-covered 175 stairs that students use each school day to attend their German school atop an even higher hill. Even though most of the Saxon/Germans are gone, Romanians continue to support the German school because of the quality of education received. Importantly, Romanians are guaranteed schooling in their minority’s language. Atop the hill is another church, closed, and amazing views. 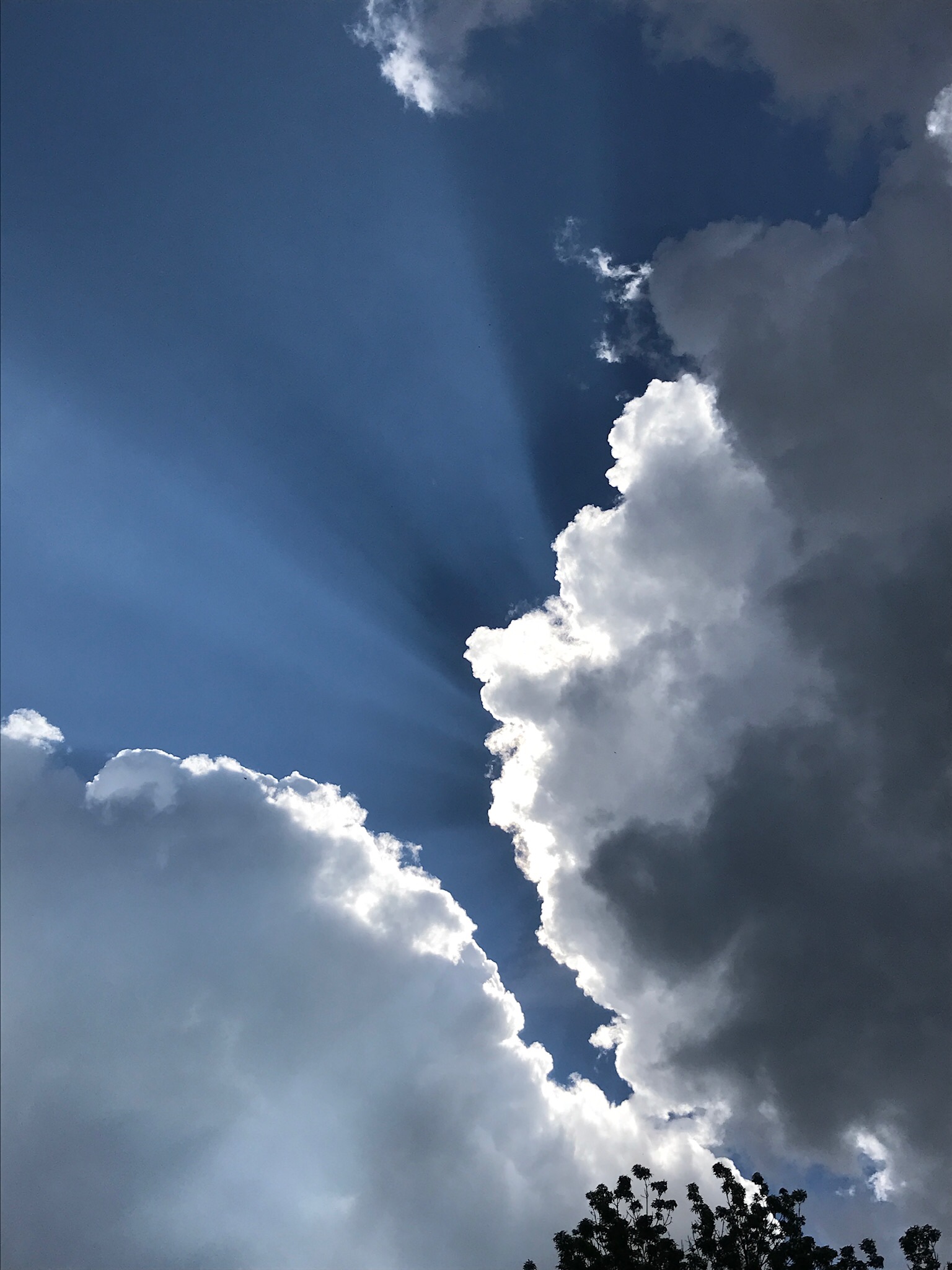 The dreary skies open up to blue sky, cumulous clouds and rays of sunshine. I am sad to leave this area of towers and fortified cities. It is by far my favorite region. And that is saying a lot because just about all of Romania has been spectacular. I return to my lodgings in Odorheiu Secuiesc through the scenic countryside with visions of fairy-style villages dancing in my head. There is a faint rainbow of green, pinks and purple arching in the distance, an appropriate sign of hope for the preservation of this unique and wonderful Transylvania.