Borgo Pass – Traveling In The Wake of Dracula

Today is what travelers on a tour call “kick-back” day. We face a long drive across the eastern Carpathains, over a few high passes, and through the Transylvanian Basin. Our destination is Torockoszetgyorgy, a town I couldn’t pronounce no matter how much alcohol I consumed. Our drive will be 200 miles of magnificent scenery, small villages, and 7 hours of rest and relaxation watching the Transylvania world go by. 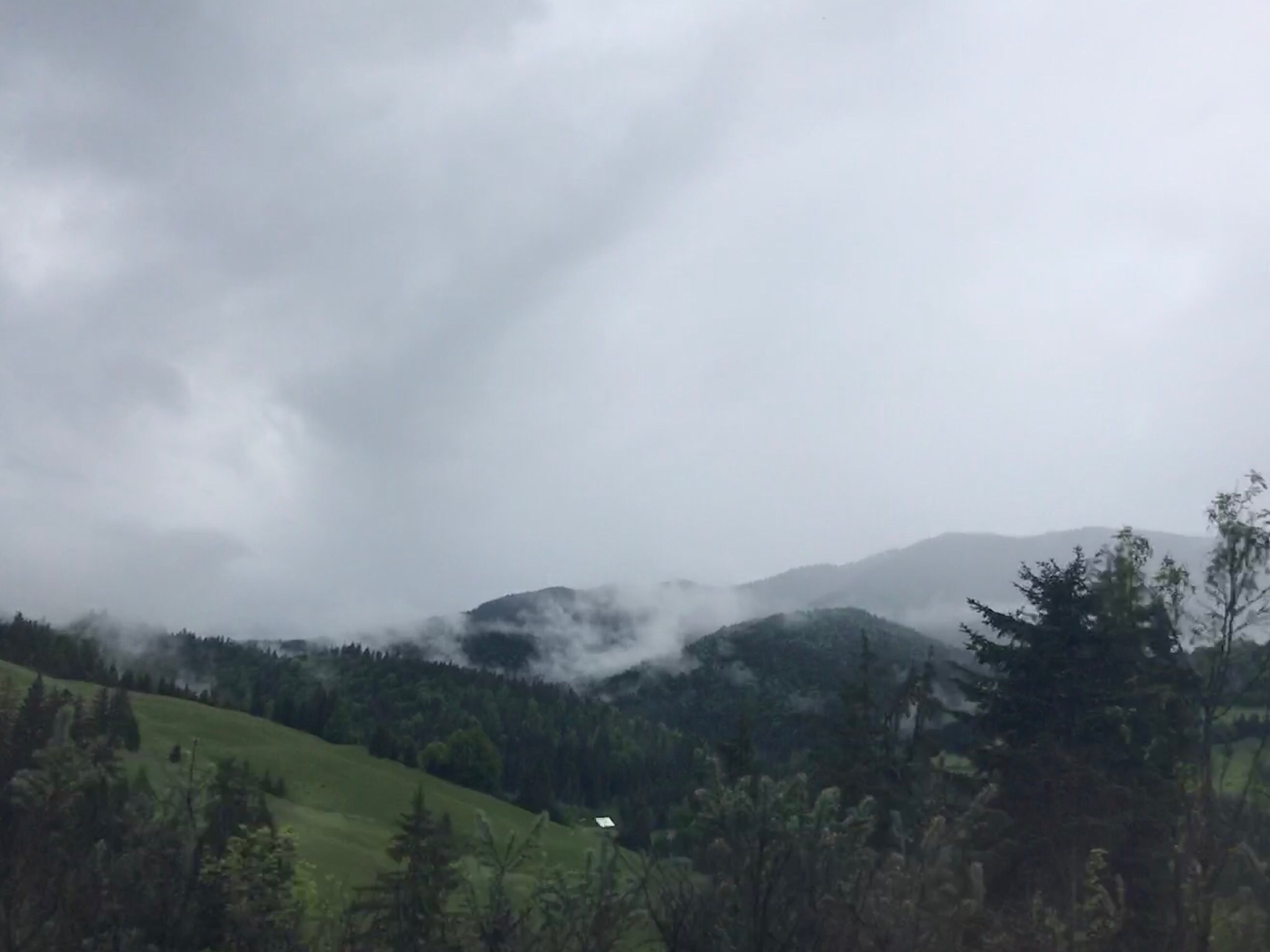 This part of the Eastern Carpathians, when seen on a topographical map, come from the south through Serbia and Bulgaria, then split in two in southern Romania. One section circles west and the other section circles to the east. These ranges encircle what is a large central agricultural basin before the mountains rejoin in the north to continue their massive trek through southwest Ukraine and looping eastward into Slovakia. Covering a graceful arc of roughly 940 miles, they are the third-longest mountain range in Europe.

Our drive takes us out of the northeastern range of the Carpathians, across a broad relatively flat basin, and up into the Apuseni Mountains of the Western Carpathians on the other side. The name translates from Romanian as mountains “of the sunset.” There is lots of twists and turns, ups and downs, but none of the passes are that high, the highest being about 5262 feet. But, during winter, these mountains see several feet of snow and winters can be harsh. In the valleys between the mountains, thermal inversion often occurs, so it is very cold at night, well below freezing.

Bucovina’s painted monasteries and orthodox churches are replaced with Transylvania’s Saxon villages. Architecture and churches adapt to a different culture and ethnic group, from Hungarians and Romanians to German Saxon villagers. Could we stop by the side of the road and talk to the man selling buckets of mushrooms? I would buy them all.

Much of this area is preserved as natural parks. Inhabitants include brown bears, lynxes, wolves and the chamois, a species of goat-antelope native to Europe. Villages dot the mountainsides. According to Bloomberg Reports, the Romanian economy is thriving and growing faster than most of Europe. The villages look busy and the farms successful. Hay pyramids dot the fields. In this part of the country, the economy is mostly agriculture, logging, and animal husbandry, all fine professions for a country that likes to eat. Romania’s digital infrastructure ranks higher than other eastern and central European countries making it an attractive place to start a tech business. I have mostly had good WiFi and always excellent cellular service while traveling, even when hundreds of feet below the surface of a salt mine. 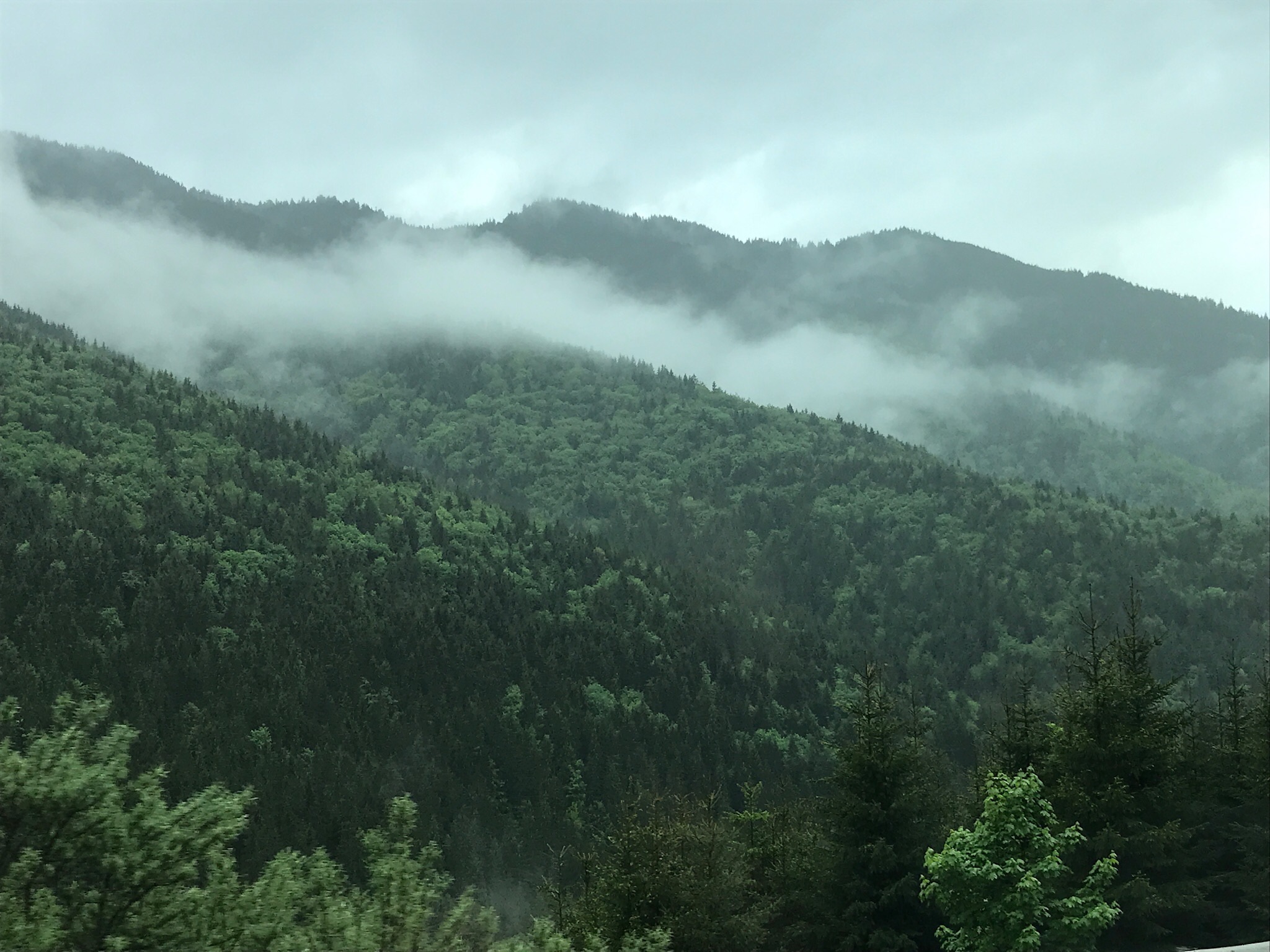 We crest the mountains at dramatic Borgo Pass, locally known as Tihuța Pass. It connects the regions of Bucovina and Moldavia with the western region of the Carpathians. For me, Borgo Pass is infamous. Bram Stoker had his character, Jonathan Harker, meet his cranky host by racing in a carriage across Borgo Pass. At an elevation of over 3600-feet, I doubt the horses were racing for long.

Our current path follows some of the towns mentioned in Stoker’s vampire story. We drive through Bistrita (Bistritz in the novel) where real estate agent Jonathan Harker slept overnight on his way to Dracula’s castle. The actual Golden Krone Hotel where Harker slept was part of Stoker’s imagination. However, not to miss a good opportunity, a hotel by that name was opened here in 1980. Harker also passed through Klausenburg which is actually modern day Cluj-Napoca. All pretty good mapping for a person who never set foot in Romania and without Google Maps. 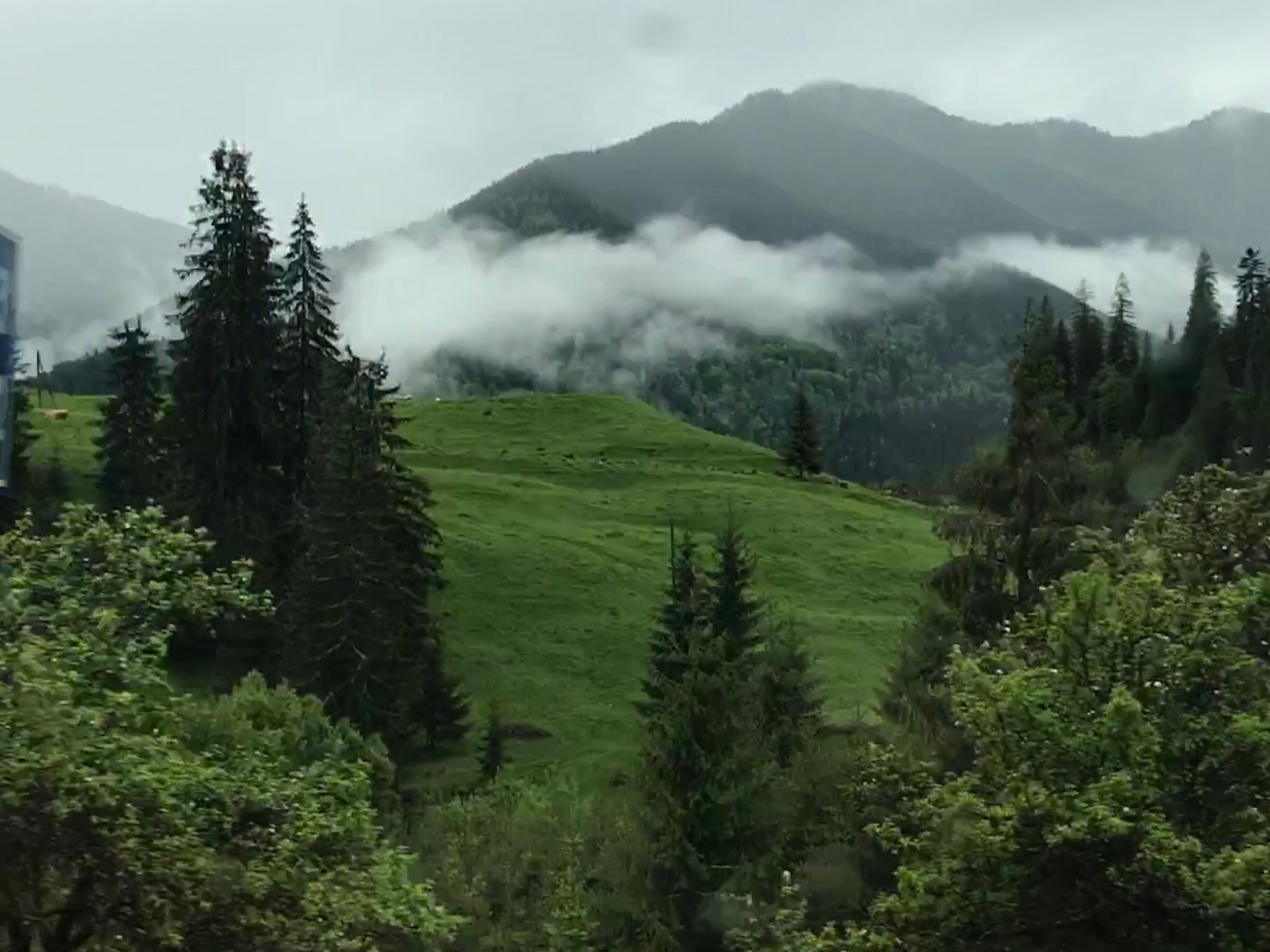 As we motor through Borgo Pass, it’s peaks are shrouded in fog. The forests are thick. Green meadows, gentle round peaks, small farms and occasional church steeples dot the landscape. The scene is glistening, green and pristine. Snow tops a far distant peak to our north. Fog and cloud drift in and around the rounded hills above the valley. We share the road with horse carts of hay, lumber, and farmers. Everything as far as the eye can see is just beautifully idyllic.

In late afternoon, we reach Torockoszetgyorgy. Actually, it is locally referred to as Coltesti, which is way easier to pronounce. The village is surrounded by spectacular mountains of granite. Its white church tower can be seen for miles. The homes all have steep tile roofs to shed the winter snows. The unusual blunt-nosed peak adorning the front facade is typical of the narrow houses of this region. Our lodging is in the small nearby village of Rimetea. It is here we will stay for two days while we explore the villages and castles of this region.

Perhaps Borgo Pass is a farewell to Count Dracula, at least for now. The Pass is fittingly mysterious as low clouds and rain accompany us. Fog shrouds the peaks, streams are brown and rushing past, activated by recent thunderstorms. After Harker’s arrival and assistance with finding the Count with a new abode in England, the Count fled Romania for better hunting grounds and new blood. Decades ago, I stayed overnight in a home overlooking the rugged North Sea coast in Whitby. It was there, in Whitby, where the Count landed in the Russian ship Demeter. Perhaps I need to seek out English shores once again – in search of…. 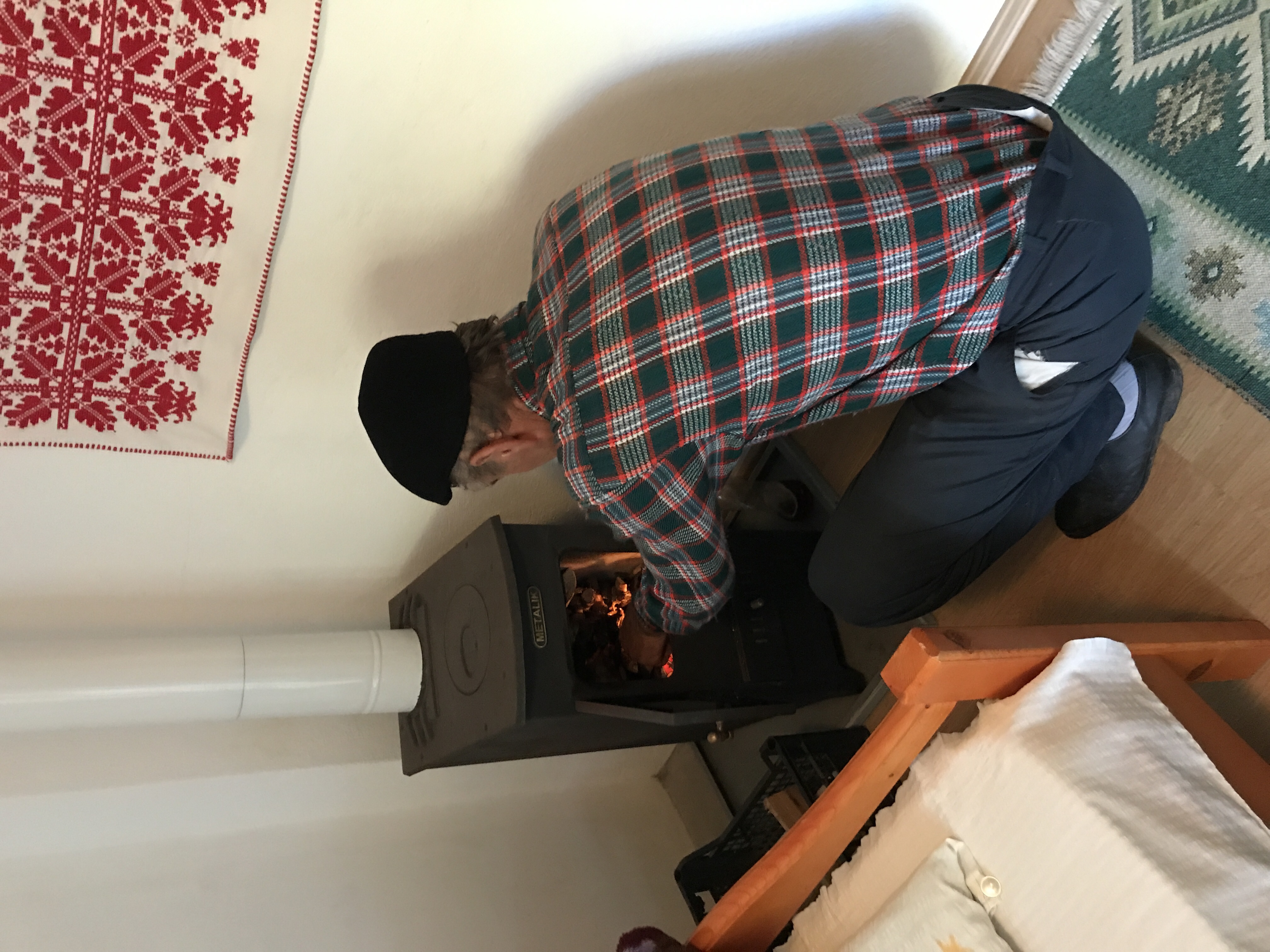 For now, I rest my head in a simple Transylvanian inn.

No wraiths or banshees have made themselves known.